Woman Alleges Mars Fired her for Being Gay and Pregnant: Bisnar | Chase Talks about How Workers Can Protect their Rights

Theresa Kwiecinski has filed a lawsuit (Case Number L000055-13) against her former employer Mars Chocolate North America alleging that she was fired after co-workers learned she was gay. According to a Feb. 21 news report in The Express-Times, Kwiecinski also states that she was discriminated against because she was pregnant. 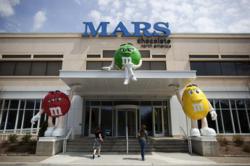 Woman alleges Mars fired her for being gay and pregnant

Discrimination in the workplace based on one's personal attributes – be it race, skin color, nationality, gender, religion or sexual orientation is unfair. Anyone who has suffered such discrimination or harassment can find recourse in the civil justice.

A lawsuit (Case Number L000055-13) filed by Theresa Kwiecinski in New Jersey Superior Court alleges that her former employer, Mars Chocolate North America, fired her because she was a lesbian and became pregnant.

According to a Feb. 21 news report in The Express-Times, the lawsuit (Case Number L000055-13, New Jersey Superior Court) alleges that Kwiecinski was fired in September 2011 after her co-workers learned about her sexual orientation and she was "treated differently" because she was pregnant.

The article states that Kwiecinski's treatment at work began to deteriorate in March 2011 when her colleagues met her partner and their son during a week-long work conference in Florida. Since that time, Kwiecinski alleges that she and her family were treated differently. Kwiecinski stated in the employment lawsuit (Case Number L000055-13, New Jersey Superior Court) that after returning from the conference she was given an "unreasonable work load" and was ignored when she asked for help.

In addition to discrimination based on sexual orientation, Kwiecinski alleges she was also discriminated a year before that when she was dealing with a complicated pregnancy. While she had received good work reviews prior to her pregnancy, she was given reviews of "below expectations" because she could not travel due to her complicated pregnancy, the lawsuit states. After her pregnancy and revelation of her sexual orientation, Kwiecinski alleges that she was placed on a performance involvement plan that proved impossible and culminated in her wrongful termination in September 2011.

Bisnar | Chase represent victims of discrimination, harassment and retaliation at the workplace. The firm has been featured on a number of popular media outlets including Newsweek, Fox, NBC, and ABC and is known for its passionate pursuit of results for their clients. Our offices are located at 1301 Dove St. Newport Beach, CA 92660.