Swift Response LLC, makers of Flex Seal, has completed a deal to partner with JD Motorsports for the 2013 NASCAR Nationwide Series season. 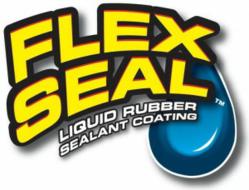 I am excited to partner with Flex Seal for the 2013 racing season at JD Motorsports. They have a neat brand that I look forward to supporting throughout the year.

Swift Response LLC, makers of Flex Seal has completed a deal to partner with JD Motorsports for the 2013 NASCAR Nationwide Series season. The relationship will kick off at Daytona, by sponsoring the No. 4 Flex Seal Chevrolet driven by Danny Efland in this weekend’s DRIVE4COPD 300, at Daytona International Speedway. Flex Seal will also be the Associate Sponsor of the No. 01 car driven by Efland’s teammate Mike Wallace in the same race.

The multi race deal will place the familiar Flex Seal logo across the No. 4 machine for multiple races throughout the year. The deal will also cover Mike Wallace in the No. 01 Chevrolet for races both as a primary and associate sponsor.

“I am excited to partner with Flex Seal for the 2013 racing season at JD Motorsports. They have a neat brand that I look forward to supporting throughout the year. Everyone has seen the commercial with Phil in the boat, and I hope the fans will rally around the product to make this partnership successful for the future.”
–Danny Efland, driver of the No. 4 Flex Seal Chevrolet

“JD Motorsports is looking forward to working with Swift Response LLC and their Flex Seal brand for 2013. We are pleased with their decision to join our team, and want to provide results on and off the track to support their brand.”
–Johnny Davis, owner and CEO of JD Motorsports

Danny Efland will race for JD Motorsports as the driver of the Nationwide Series No. 4 Chevrolet for 27 races in 2013. Danny drove 17 races for the Johnny Davis owned team as Mike Wallace’s teammate during 2012. Finishing 21st in the driver standings, Danny had 5 top 20s and completed all of the laps at both super speedways.

During 2007, Danny had the opportunity to start 3 races in the NASCAR Busch (now Nationwide) series. He out-qualified the team’s regular driver all three times in the back-up car but only attempted the entire race one time. For 2008, Danny was back in the Nationwide series competing in 18 of the 35 races that year. The best finishing position for Danny was 23rd at the now Charlotte Motor Speedway. Danny closed out the season at Homestead with a 25th place finish. Danny gained good experience on the speedways around America. In 2009, Danny went back to running the late model he built in his home race shop, running at Florence and Dillon Motor Speedway in South Carolina. After missing the action of racing every week in the most popular form of car racing in the U.S. , Danny started his own team, Danny Efland Racing, and competed part time in the NASCAR Nationwide Series. 2011 saw Danny team up with Go Green Racing and run a handful of races throughout the 2011 season. Danny posted his career best finish at Darlington Raceway in May with a 16th place finish. Three weeks later, he backed it up with a 19th place run at the Charlotte Motor Speedway. Danny closed out the 2011 season with Go Green Racing in July at the Nashville Superspeedway, finishing 26th. In 2012, Danny finished both Nationwide Daytona races in 13th position. He also picked up a strong finish at Talladega in 16th position. It was announced on January 21, 2013 that Efland will return to the No. 4 JD Motorsports Chevrolet in 27 of the 33 races for the 2013 NASCAR Nationwide Series season.

Mike Wallace, the middle brother of the three Wallace drivers, has won races on almost every kind of track a driver can drive on. Over his career, Mike has logged over 750 starts in the top three series of NASCAR, including four wins in the Nationwide Series and five wins in the Camping World Truck Series. His most recent victory was the October 2011 Truck Series race at Talladega Superspeedway when he and Kevin Harvick, Inc. teammate, Ron Hornaday, Jr., worked together to claim the checkered flag.

In 2013, the St. Louis native continues his Nationwide career racing the No. 01 Chevrolet for JD Motorsports w/Gary Keller. Based out of Gaffney, S.C., primary team owner Davis and team work hard every way to make it to race day. As one might recall, Wallace posted his best points finish in 2008, ending up eighth. In 2012 driving for JD Motorsports, Mike recorded one top ten and finished 12th in the final NNS standings.

JD Motorsports w/ Gary Keller is a two car NASCAR team competing in the Nationwide Series with Mike Wallace in the No. 01 and Danny Efland in the No. 4. Johnny Davis, owner and CEO, has been affiliated with NASCAR for over 25 years, including winning a Busch Series championship in 1987. The team was founded in 2002, and now operates two cars full time out of a 40,000 sq. ft. shop located in Gaffney, SC. The team is poised to have a break out year, and has valuable business development opportunities available for organizations looking to enhance their current marketing program.

Swift Response LLC markets directly to the consumer through direct sales, direct response television infomercials, Internet advertising, telemarketing and catalog distribution. Their focus is on high performance products that are easy to use and solve every day common problems in the work place and home.

Swift Response LLC high performance products include Flex Seal – A Liquid Rubber Aerosol Coating & Sealant that coats, seals and protects every surface. Flex Seal sprays out as a thick liquid, seeps into cracks and holes and dries to a watertight, flexible, rubberize coating. Flex Seal is available in the U.S. and Canada. For more product information, go to: http://www.getflexseal.com.