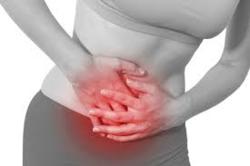 Vaginal mesh pain - Women suffer a variety of side effects

The verdict in this case gives hope to thousands of other such victims who are said to be suffering in silence and waiting in line to have their case heard.

A New Jersey jury has awarded $3.35 million to 47-year-old Linda Gross, who filed a product liability lawsuit (Case Number: Atl-L-6966-10, Atlantic City Superior Court) alleging that Johnson & Johnson and its subsidiary, Ethicon, did not warn her doctor of the potential dangers of the vaginal mesh implant and misrepresented the product in marketing brochures. A Feb. 25 Reuters news article states that this verdict, the first among 1,800 pending vaginal mesh cases, could have a significant impact on thousands of lawsuits filed against other makers of similar products.

Gross's lawsuit (Case Number: Atl-L-6966-10), which was filed in state Superior Court in Atlantic City, alleged that the Gynecare Prolift vaginal mesh implant was not safe. The article states that Gross filed her lawsuit after having surgery in 2006 to install the implant and treat her pelvic organ prolapse. She alleged in her suit that instead of alleviating her problems, the mesh implant caused severe complications including mesh erosion, scar tissue, inflammation, infection and nerve damage.

Gross not only had to seek medical treatment, but also had to undergo 18 surgeries to repair the damage caused by the mesh, the article states. The nine-member jury arrived at the verdict after a six-week trial and the judge has ruled that she will allow arguments on punitive damages, Reuters reports.

"With this verdict, the panel of six women and three men has delivered a strong and timely statement to Johnson & Johnson, Ethicon and several other manufacturers of vaginal mesh implants. A large verdict such as this tells us that the jury and the court deeply understood the pain and suffering of Ms. Gross. To endure 18 surgeries to correct one is unthinkable.

These corporations cannot put profits before consumer safety. Thousands of plaintiffs who continue to suffer excruciating pain and severe complications as a result of defective products are looking to our civil justice system for relief."

Bisnar said the verdict in this case gives hope to thousands of other such victims who are said to be suffering in silence and waiting in line to have their case heard.

"These lawsuits as they unfold will hopefully create public awareness about vaginal mesh implants. Had these women and their doctors received accurate information regarding the potential dangers of these mesh implants, they could have made a better and informed decision about the course of their treatment."

About Bisnar | Chase
The California product liability attorneys of Bisnar | Chase represent victims who have suffered serious side effects as a result of defective products. The firm has been featured on a number of prime media outlets including Newsweek, Fox, NBC, and ABC and is known for its passionate pursuit of results for their clients.