First-To-File Patent Law Is Now In Effect, But What Does it Mean? 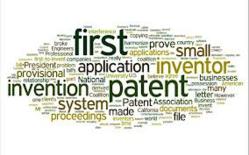 You can think of the system as a "first to disclose" system first, and then a "first to file" system.

Wysebridge Patent Bar Review, an online educational company that assists lawyers and other individuals pass the Patent Bar Exam (the exam required to become registered before the Patent Trademark Office), discusses the importance of understanding what this change to the patent system means. The transition of Patent Law in the US from a "first-to-invent" system, to a "first-to-file" system, affects many, including inventors, companies, and even those studying patent law, as many of the rules and regulations once in effect are now obsolete. These changes are a result of the passage of the America Invents Act (AIA) in 2011. Briefly, what are these changes?

FIRST-TO-INVENT
To understand what "first to file" means and why it's so radically different, it's necessary to understand the prior "first to invent" system. This system, by the way, has been in place for ~200 years.

In a quick summary, with first to invent, a patent will be awarded to the inventor who was the first to actually invent said invention, and has documented evidence (due diligence, reduction to practice, notes, etc), even if the inventor filed for a patent after another party.
An example can help illustrate this:

In this case, under the First to Invent system, with due process (Claude submitting his diligence, efforts, documentation), Claude would be awarded the patent, even though Jerry filed an application first. However, under the new rules, as we'll see, Claude would be out of luck.

FIRST-TO-FILE
The first-to-file system, which went into effect on March 16, 2013, is but one more step towards unifying the patent landscape in the US with the rest of the world. But, as Wysebridge reports, it's not a "pure" first to file system.

With a pure first to file system, the following are some general rules:

1) Any public disclosure of the invention, PRIOR to filing an application, prevents you from obtaining a patent. Basically, if the invention becomes publicly known before an application is filed, the patent will not be awarded. This drives forward the necessity to file patents rapidly.

2) Awarding of a Patent will be based on when the application was submitted. No longer will inventors be able to show prior conception of an invention to obtain a patent. The date that is important is the date of filing the application.

Thus, under a "pure" first to file system, using the above scenario, Jerry would have been awarded the patent.

However, the US has a modified version of "first to file." Currently, an inventor can publicly disclose their invention (on a blog, in a paper, etc), and still be able to file a patent application within one year of the first public disclosure. In foreign countries, the inventor would NOT be able to file for a patent. Thus, in the US, the new system can be thought of as a "first to disclose" system, and in the absence of any public disclosure, it is a "first to file" system. One caveat though. If an inventor in the US publicly discloses their invention, even though they can apply for a patent in the US, they forfeit any potential foreign patents, as this prevents receiving a patent on the disclosed invention.

One more example to help illustrate the changes:

Under this scenario, with the new AIA "first to file" system, Claude would be awarded the patent, based on the fact that he was the first to publicly disclose the invention.