Experienced defense attorney, Andrei Lapine of Wallin & Klarich, assisted his client to get charges of being drunk in public completely dismissed. 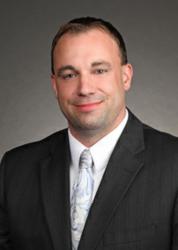 A conviction under California Penal Code 647(f) “Drunk in Public” can be particularly punitive if you are under 21 as it will result in your license being suspended for one year.

A Wallin & Klarich client recently had charges of being drunk in public under California Penal Code 647(f) completely dismissed. The client was represented by defense attorney Andre Lapine who successfully negotiated with the District Attorney to dismiss the charges for lack of evidence.

“A conviction under California Penal Code 647(f) “Drunk in Public” can be particularly punitive if you are under 21 as it will result in your license being suspended for one year. This case shows when an attorney effectively negotiates a case and holds the District Attorney to his burden, then good things will happen for the client,” said Mr. Lapine.

According to court record from San Bernardino Superior Court - Central District, although, the client had been drinking, he clearly remembered the series of events that took place the night he was arrested for being drunk in public. The client was walking just around the corner from his own home when a police officer stopped him. The police officer approached the client and started questioning him about what he was doing in the street. The client began to argue with the officer and told the officer that he was not doing anything wrong. However, the officer did not like the client’s attitude and arrested him pursuant to California Penal Code 647(f).

As a result of the arrest, the client faced 90 days in county jail and a one year suspension of his driver’s license. The client quickly sought out the help of Mr. Lapine of Wallin & Klarich to help represent him in his case.