The American Advertising Federation Awarded Wpromote An ADDY Award For The Responsive Design Of Their Recently Redesigned Website, Wpromote.com 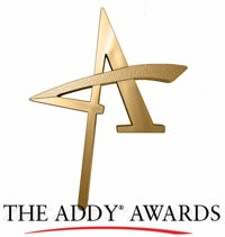 When we set out to launch our next generation site, we knew we wanted it to be optimized for all devices through intelligent responsive design, intuitive to navigate, rich with color and imagery, but without sacrificing speed or search optimization.

The ADDY Awards are the world's largest advertising competition with over 50,000 entries each year. The ADDY Awards include three levels of judging, including local, regional and national. The mission of the ADDY competition is to recognize and reward creative excellence in the art of media advertising and design.

While the previous site was functional and successful, also winning an ADDY Award after its launch in 2011, it was time for an update. Wpromote launched the redesigned website in early January of this year. The fresh look of the site included a responsive web design, which provides an optimal viewing experience across a variety of devices, including desktop computers, tablets, mobile phones and more. This makes the site easier to read and navigate with very little resizing, scrolling or panning, leading to a much more user friendly experience. Along with the responsive layout, the new design incorporated vivid imagery and photography, a sleek drop-down navigation and interactive scroll-over effects.

"When we set out to launch our next generation site, we knew we wanted it to be optimized for all devices through intelligent responsive design, intuitive to navigate, rich with color and imagery, but without sacrificing speed or search optimization," said Michael Mothner, founder and CEO of Wpromote. "Our amazing team absolutely nailed it and we are thrilled to have been honored with this ADDY award."

About Wpromote
Wpromote is an award-winning online advertising firm headquartered in El Segundo, CA. Founded in 2001 by Michael Mothner, Wpromote has helped over 37,000 clients grow their businesses online. With unmatched experience in search marketing and an unrivaled dedication to our clients' results, we always stand out above the crowd. The 85+ employees at Wpromote currently manage more than 3,500 clients spanning a wide range of industries and verticals in over 60 countries worldwide. A few integrated search engine marketing clients include Bayer HealthCare, Dickies, Toyota, Allied Van Lines, HP, Southern California Edison, Symantec, Southern New Hampshire University and Wine.com.