The 4th Annual Clean Water Gala, the proceeds of which go to providing clean drinking water to Liberia in Africa, is refreshed by a photobooth rental from Peekaboo Photo Booth. 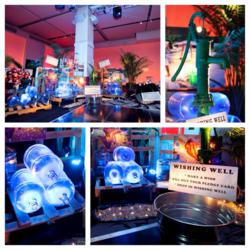 As a business, you don’t get to really choose what types of events you work, so when something like this comes up, you are honored.

\Water is the essential element of survival for every human on earth, but there are millions of people in Africa who are still suffering from not having proper drinking water on a daily basis. FACE Africa is out to make a change in those statistics and Peekaboo Photo Booth was there with a photo booth rental this year to witness the giving on March 23rd, 2013.

This marks the 4th Annual Clean Water Gala, which was held at Espace in New York City. According to their website, by attending the Clean Water Gala, you're supporting FACE Africa's work to make clean and safe drinking water a reality for thousands of men, women and children in Liberia, where over 1.2 million people lack access to safe drinking water and thousands die every year due to water related diseases.

Andrew Birr, owner of Peekaboo Photobooth states, “We do tons of great events and to be a part of one that is providing clean drinking water to help the lives of other people is tremendous. As a business, you don’t get to really choose what types of events you work, so when something like this comes up, you are honored."