Donald Robinson is the Director for "Reunion" 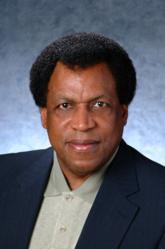 Robinson will sing on camera in the Romantic Feature Film Reunion, Without Love (There is Nothing), a Ray Charles vocal blues style and Love Me Tender an Elvis Presley vocal blues style with a piano duo, drums, lead and bass guitar.

Robinson's digital download of Without Love (There is Nothing) and Love Me Tender are currently available to buy on and on twenty nine (29) digital downloads sites on the Internet includes:

Robinson singing Love Me Tender is playing over 38,000 plays on http://www.jango.com/music/Donald+Robinson?l=0
The Global Internet Radio Station with today's most popular Recording Artists.

Robinson's National Press Releases are on the link http://www.ereleases.com/pr/wirewatch/86108.html

Robinson produced and directed in June 2009 Without Someone to Love a student short film and screen play written by Peter Chen a member of the (WGA) Writers Guild America. Without Someone to Love was submitted in the month of March 2010 to the Screening Committee of the Cannes Film Festival by Stuart Alson, CEO of the New York Independent Film Festival and ITN Distribution.

Robinson was nominated in 2009 for a Grammy in the General Field No. 4 Best New Artist.