Waterfront Properties and Club Communities has brought more than one dozen agents onboard to manage the increase in South Florida real-estate transactions. 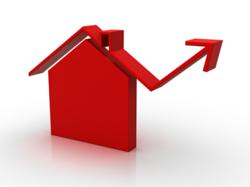 According to a report by Bloomberg, the homebuilding high that is following a six-year low will translate into more than a half million jobs this year – and as many as 700,000 jobs in 2014.

As 2013 enters its second quarter, things continue to look rosy for the real-estate market. The solid and steady improvements not only have boosted homeowner confidence in the United States but also have led to the creation of a slew of new jobs related to the industry.

According to an April 11 report by Bloomberg.com, the homebuilding high that is following a six-year low will translate into more than a half million jobs this year – and as many as 700,000 jobs in 2014. Waterfront Properties and Club Communities in Palm Beach County is part of that refreshing trend.

The Jupiter-based real-estate brokerage has hired 13 new agents since the end of 2012, and each of them is seeing signs of success in selling homes in Jupiter, Juno Beach and Palm Beach Gardens, as well as in other areas of the county. Waterfront Properties has offices in Martin County, as well, where it specializes in Stuart homes for sale.

The employment opportunities the housing-market improvements are bringing are not limited to buying and selling; they also include underwriting, inspecting, installing, finishing, paving and landscaping, and the list goes on from there.

Glenn Hubbard, President George W. Bush’s chairman of the White House Council of Economic Advisers, said the housing industry is so strong right now it’s on its way to becoming the spine that supports the U.S. economy. The National Association of Home Builders agrees and said in a recent study at least three employment opportunities are generated with every single-family home constructed.

Brad Hunter, chief economist for Metrostudy in Palm Beach Gardens, said housing starts on single-family homes will spike to 632,000 this year, an 18-percent increase. In 2014, that number is expected to approach 800,000, Hunter said. Additionally, the U.S. Labor Department reported the jobs added to the construction industry are outpacing the overall market, and the Federal Reserve, which is holding down interest rates by investing in mortgage-backed securities and Treasury bonds, pointed to a further strengthening of the housing market.

Waterfront Properties and its growing team of sales specialists are at the forefront of the housing activity along the Gold and Treasure coasts, where property values are increasing and buyers and sellers are becoming more active. There are many great deals to be had on sales of homes in luxury gated communities, such as Mirasol, as well as waterfront property in North Palm Beach.

For additional information, call a sales specialist at Waterfront Properties at 561-746-7272.