The 2013 International Summit Conference on Compassionate Organizations will bring an international group of representatives together on May 16th through the 18th to Louisville, Kentucky in anticipation of a visit by the Dalai Lama. This unique, first-of-its-kind event kicks off a year-long effort focusing on developing cultures of compassion in government, business, schools, faith groups, colleges and universities, healthcare systems, the arts, service agencies, and other organizations worldwide. 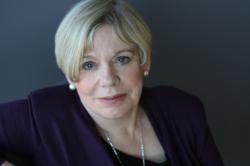 So many want the organizations they deal with to value people as well as profits.

Convened by the International Working Group on Compassionate Organizations, the Summit Conference is presented in affiliation with “Engaging Compassion” — the visit to Louisville, Kentucky by His Holiness, the Dalai Lama. The event will be held on the campus of Spalding University in Louisville and will focus on fostering cultures of compassion across the international community.

The Summit is a “working” conference in which Thought Catalysts actively work with conference participants to explore the applications, roles, requirements, targeted outcomes, effective practices, polices, and other elements for creating organizational cultures of compassion. Representatives from the fields of government, faith, mental health, finance, law enforcement, education, environment, diplomacy, consulting, child development, media, military, peacekeeping and animal rights are encouraged to attend. Any others wishing to assist in fostering cultures of compassion in organizations are also welcome. Mayor Greg Fischer and Spalding University President Tori Murden McClure will open the event.

“There’s been a growing wave of cynicism, mistrust, and anger about business, government, and other institutions worldwide,” said Working Group Chairperson Ari Cowan. “So many want the organizations they deal with to value people as well as profits. They want to see an end to the exploitation, dishonesty, and manipulation. Compassion is the starting point.”

Britain’s Karen Armstrong is the opening Thought Catalysts for the event. Armstrong is the author of a number of books on religion including the best-selling "The History of God." She received the $100,000 TED Prize for her dream of creating a "Charter for Compassion." The "Charter" has had a warm reception worldwide and is the founding document for the International Working Group on Compassionate Organizations.

Other Thought Catalysts include James Doty, MD, Founder and Director of the Center for Compassion and Altruism Research and Education at Stanford University; and Jane Dutton, PhD, the Robert L. Kahn, Distinguished Professor of Business Administration and Psychology at the Ross School of Business at the University of Michigan. Dutton is one of the organizers of the CompassionLab: a group made up of scholars creating research, resources, insights, and inspiration related to compassion at work.

The International Working Group on Compassionate Organizations is sponsored and managed by SpiritRidge Institute, a research and education institution located in the Seattle, Washington USA metropolitan area. The Group is made up of people from all over the world dedicated to fostering cultures of compassion in government, business, schools, faith groups, healthcare systems, service agencies, colleges and universities, and other organizations. They develop practical research, education programs, resources, conferences, and networking for those working together to make compassion a living presence everywhere.