The Lies Low Self-Esteem Will Tell You - Queendom.Com’s Latest Research Reveals That Battling Self-Esteem Issues is a Mind Game

Queendom.com’s latest study indicates that low self-esteem can become so deeply ingrained in a person’s mind that it becomes an inseparable aspect of their personality. The study demonstrated that frequent self-criticisms results in low self-esteem, low sense of self-worth, strong need for approval, feelings of inadequacy and unrealistic standards for oneself. 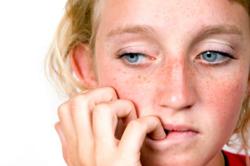 When a person suffers from low self-esteem, it acts like a virus, spreading and infecting the individual’s thought patterns, feelings, and behaviors.

Like a Wisteria vine permeating every nook and cranny of a home, low self-esteem has a way of infiltrating a person’s thoughts, feelings and behavior, making them believe that they are inadequate, unacceptable, and unworthy. Queendom.com, a pioneer in online personality tests, has released its latest research on the potential impact of low self-esteem on a person’s life.

It starts small. Little insults and jabs that people tell themselves that seem harmless and even laughable at first. “I’m such a dork – I forgot my cell at home.” “I’m so stupid! Why did I do that? I should have done it this way.”

The problem is, these seemingly minor self-criticisms can grow. Breed. Feed on themselves. If people tell themselves often enough that they are worthless, it starts to become believable.

In fact, after analyzing data from nearly 11,000 people who took their Self-esteem Test, Queendom researchers discovered that people who criticize themselves several times a day are more likely to:

o    64% ask others for approval before making a decision.
o    66% believe that they are “worthless and useless.”
o    57% consider themselves a failure.
o    51% feel that they will never amount to anything significant.


o    54% said that a partial failure is just as bad as a complete failure.
o    49% said that if they can’t do something perfectly, they would rather not do it.
o    38% said that failing any one thing makes them a failure as a person.

Queendom’s research also reveals that individuals with low self-esteem are more likely to have been diagnosed with depression – and those whose self-esteem is particularly low seem to be the most likely to seek out therapy.

“When a person suffers from low self-esteem, it acts like a virus, spreading and infecting the individual’s thought patterns, feelings, and behaviors,” explains Dr. Ilona Jerabek, president of PsychTests. “You start to question yourself – your skills, your ability to succeed, and even your relationships. You start to worry about everything. You become cautious and reluctant to take any risks. Your self-doubt results in decisions that reflect your lack of faith in yourself, like not going for that job, not asking that person out, or not asserting yourself when you should. Essentially, once low self-esteem infiltrates your life, it becomes a part of who you are – you start to believe the lies it tells you, and may end up becoming the failure that you think you are.”

So what do the researchers at PsychTests recommend?
“We want to challenge people to spend one week consciously taking note of all the times they discount themselves, even if the self-criticism is said in a joking manner,” states Dr. Jerabek. “Once you’ve made a record of how often you do this – and many people will be very surprised at the frequency – make an effort to immediately reword what you think or say in a more positive manner. So, for example, if you find yourself saying ‘I always make stupid mistakes,” reword it as ‘I am human and I’m allowed to make mistakes – this is how I learn.’ It seems rather simplistic, but most will likely see a reduction in self-criticism, and an improvement in their self-esteem overall.”