Beverly Hills police have released a surveillance video that shows the driver of a BMW ramming his car into a bicyclist in a suspected road-rage incident. According to an April 23 news release posted by the Beverly Hills Police Department, the video shows the white BMW striking the bicyclist head-on in an alley and then fleeing the scene. 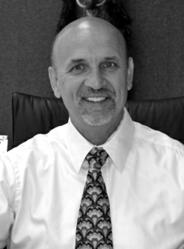 John Bisnar is asking the public to help locate Los Angeles hit and run suspect with a $1,000 reward

There is absolutely no excuse for leaving the scene of an injury crash.

Police in Beverly Hills are looking for a suspect in a road rage incident that has left a bicyclist injured. According to an April 23 media release posted by the Beverly Hills Police Department, the April 3 incident was captured on surveillance video that shows a while BMW striking the biker head-on in an alley. The police department's statement says that the driver intentionally rammed the bicyclist with the vehicle, pinning him to a metal rolling trash bin between Wetherly and Almont drives.

The bicyclist admitted that the incident was sparked by a fight that he had earlier with the driver of the BMW, according to the statement. The bicyclist also said he punched the driver in the face to which the driver responded by threatening to kill him, officials say. Police describe the hit-and-run suspect as a white or Middle Eastern male in his mid-30s with dark hair, dark eyes and a thin build while the vehicle is a BMW 328i, possibly 2008 model or later, according to the police department's news release.

The Newport Beach personal injury law firm of Bisnar | Chase is calling on the community to join hands with law enforcement and help apprehend this hit-and-run driver. The firm is announcing a $1,000 reward for information leading to the arrest and felony conviction of the hit-and-run driver. These anonymous tips may be provided through the WeTip crime hotline, 800-6-Hit-N-Run (800-644-8678).

The goal of the Hit-and-Run Reward Program is to help law enforcement apprehend hit-and-run drivers, said John Bisnar, founder of the Bisnar | Chase personal injury law firm and the Hit-and-Run Reward Program. "Our goal with this program is to help eradicate hit-and-run incidents, which have risen to epidemic proportions in California, particularly in Los Angeles and Orange counties."

There is absolutely no excuse for leaving the scene of an injury crash, Bisnar said. "The law requires motorists to stop immediately, wait for authorities to arrive, exchange information with the other parties involved and most importantly, render aid to the injured victim. In this case, it is indeed fortunate that the bicyclist was not killed."

The Newport Beach personal injury attorneys at Bisnar | Chase represent those who have been seriously injured in traffic accidents, including hit-and-run collisions. The law firm has obtained nearly $200 million in settlements and verdicts for their clients by winning a wide variety of challenging personal injury cases.