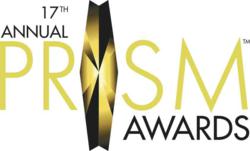 Exclusive images and video clips from the ceremony, including Married…With Children reunion and special performance of “Way Back Home” from PRISM Award nominated “Least Among Saints,” will be made available following the ceremony here: http://www.prismawards.com/2013press

Elementary (CBS) received the EIC President’s Award for its continuing, in-depth integration of substance use and recovery into its storyline and characters. This honor recognizes specific productions that incorporate these accurate health and social issues messages above and beyond single episodes or multi-episode story arcs.

Of Two Minds (Lifetime) earned an award for TV Movie or Miniseries, and documentary by the same name was awarded for Feature Film Documentary. Days of Our Lives (NBC) received the award for Daytime Drama Storyline. The Teen or Children’s Program award went to Degrassi: The Next Generation (TeenNick).

PRISM Awards honor accurate depictions of mental health issues as well as substance use, addiction, prevention, treatment and recovery in movies, television, music, DVD, and comic book entertainment. Winners for the PRISM Awards are selected by an 80‐person Nomination Review Committee of entertainment industry professionals and technical experts from the fields of medicine, mental health, and addiction.

The 17th Annual PRISM Showcase will debut on September 14, 2013, on flagship airing partner FX Network. A complete airing schedule for additional cable networks, local broadcast stations, video on demand, and online will be announced at PRISMawards.com.

About Entertainment Industries Council
EIC is a non‐profit organization founded in 1983 by leaders within the entertainment industry to bring their power and influence to bear on communication about health and social issues. The organization is considered to be the chief pioneer of entertainment and journalism outreach and a premiere success story in the field of entertainment education. This mission relies on providing resource information to the creative community and culminates in recognition of the industry through the national television special PRISM Awards Showcase which addresses accurate portrayals of substance use issues and mental health concerns. The organization also produces the S.E.T Awards, honoring positive and non-stereotypical portrayals of science, engineering and technology.