Cyber bullying is becoming a growing social issue within North America. Over the last couple of years, bullying has transcended into the digital realm, where students have become targets of online bullying. 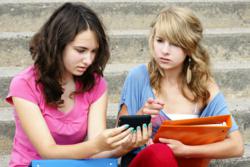 In an online survey conducted by Tellwut, 76% of panel members polled indicated that they felt that bullying has become worse due to the Internet. This is largely because with cyber bullying boundaries/limits disappear, as the Internet allows for victims of bullying to be further exposed to the taunts and threats of their bully’s within the confines of their homes. Consequently, the home is no longer deemed as a ‘safe haven,’ as cyber bullying has become a 24/7 ordeal for students that are being victimized.

Due to the Internet’s ability to rapidly spread damaging content about individuals, many victims of bullying are exhibiting mental health issues and some have resorted to taking their own lives. This is particularly evident with Rehtaeh Parson, who recently attempted suicide after being gang raped and having the photos of her attack disseminated online (Toronto Star, 4/9/13).

Despite the severity of the case, the boys were never charged with the circulation of the photos, which were considered to be child pornography. Unfortunately, Rethaeh’s situation is not uncommon, as many bullies are not held accountable for their actions until it is too late. Tellwut’s online poll found that 66% of participants felt that Rethaeh’s suicide attempt would encourage authorities to properly prosecute her abusers. In contrast, 18% of participants were doubtful that authorities would respond appropriately and 25% were undecided.

Many participants also expressed that there should be more stringent consequences for bullies and that the district school boards need to work harder at combating cyber bullying. The online survey revealed that 73% of participants feel that the school system needs to implement stronger policies (e.g. expulsion) against cyber bullying. In contrast, 26% of participants did not feel that policy reform was necessary to tackle bullying. It is apparent that the majority of participants believe that if the penalties to those who bully are more severe, individuals that bully will become less inclined to victimize others.

About Tellwut®. Tellwut is a North American online community of individuals dedicated to expressing their opinions through online surveys based upon a wide variety of topics in exchange for rewards and the Tellwut community experience. The Tellwut community and proprietary survey and reward software application provide a platform for organizations to send surveys to their stakeholders or to crowdsource and conduct online market research through the use of the Tellwut survey platform and the Tellwut Community; thus allowing businesses a clearer understanding and insight into their products or services, customer attitudes and potential business opportunities.