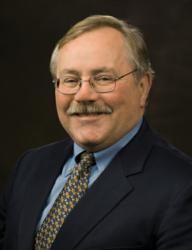 Dade Moeller Senior Health Physicist Edward F. Maher has been appointed to the National Academy of Sciences’ new Committee on Research Directions in Human Biological Effects of Low Level Ionizing Radiation. The committee’s first meeting is May 3–4, 2013, in Washington, DC.

A Dade Moeller employee since 2004, Maher is the Objective 3 Manager for the National Institute for Occupational Safety and Health (NIOSH) Radiation Dose Reconstruction Project under the Energy Employees Occupational Illness Compensation Program Act (EEOICPA). He also is a member of the Dade Moeller Training Academy faculty and an Adjunct Lecturer on Environmental Science at the Harvard School of Public Health’s Department of Environmental Health.

Maher is a Certified Health Physicist with more than 30 years of experience conducting and managing radiation safety and environmental protection programs for commercial clients and Federal agencies, including the U.S. Departments of Energy and Defense. He was formerly an officer in the U.S. Air Force (USAF), retiring with the rank of Colonel. While there, he directed the USAF Radiation Assessment Team responsible for providing immediate and global responses to nuclear weapon accidents and served as Division Chief of the Radiation Services Division, as well as Chief of the Dosimetry and Radioanalytical Services Branches at the Brooks Air Force Base’s Armstrong Laboratory. Maher is Past President of the Health Physics Society and was Chairman of the American Board of Health Physics in 2000. He earned his doctor of science degree in radiological protection and health from the Harvard School of Public Health