Bureau of Indian Affairs to Host Summit on Native Foster Care in Rapid City, May 15-17, after Strong Pressure from South Dakota Sioux Tribes

The Sioux Tribes of South Dakota and their NGO allies, including the Lakota People’s Law Project, have been successful in persuading the Bureau of Indian Affairs (BIA) to fulfill its promise to Congress for a summit on Native foster care. The historic meeting, to be held May 15-17 in Rapid City, is called the “Great Plains Indian Child Welfare Act (ICWA) Summit: Bringing Our Children Home and Keeping Our Families Strong” and will be supplemented by a Standing Rock Sioux Tribe Information Center. 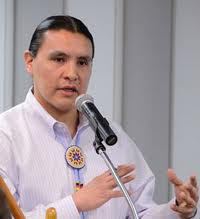 The Oglala Sioux Tribe is very eager to develop a direct relationship with the federal government when it comes to the provision of foster care services for our children (Bryan Brewer, President of Oglala Sioux Tribe)

The Great Plains Indian Child Welfare Act Summit will feature tribal leaders, ICWA experts, lawmakers, BIA officials, and a civil rights attorney from the Department of Justice. The conference will articulate structural solutions to a long-standing crisis in Native foster care in South Dakota, where 740 Lakota children are taken into foster care by the state each year and 90% are placed into non-Native homes and institutons, in violation of the Indian Child Welfare Act. Assistant Secretary for Indian Affairs of the Department of Interior, Kevin Washburn, is scheduled to appear at the summit, and subject matter experts on the summit agenda include the Honorable Judge B. J. Jones of the Sisseton-Wahpeton Oyate Tribal Court, and the Honorable Judge William A. Thorne of the Utah Court of Appeals.

Although tribal leaders are billing the Summit as historic, some are concerned that the BIA has not structured the meeting to address the original congressional mandate for the event—though there are signs that last-minute changes will be made to the agenda. In 2011 members of Congress sent letters to the BIA asking the agency to assess a three-day expose by National Public Radio that revealed abuses in Native foster care in South Dakota. The Peabody Award-winning NPR series impugned South Dakota’s Department of Social Services for violating the Indian Child Welfare Act, and for doing so partly for financial gain. A coalition of the nine federally-employed Indian Child Welfare Act directors from South Dakota submitted a report to Congress in February, 2013 affirming NPR’s main allegations.

As of several days ago, the BIA did not intend to use the Summit to investigate whether South Dakota has willfully violated the Indian Child Welfare Act, as asserted by NPR. The Standing Rock and Oglala Sioux (Pine Ridge) Tribes protested this decision by the BIA last week in formal letters submitted to Congress and the Department of Interior. The letters demanded that South Dakota be held accountable for its ICWA violations, and that the tribes be supported in gaining direct federal funding to run their own foster care programs. Bryan Brewer, president of the Oglala Sioux Tribe, wrote: “The Oglala Sioux Tribe, like the Standing Rock Sioux Tribe, is very eager to develop a direct relationship with the federal government when it comes to the provision of foster care services for our children.”

The Standing Rock Tribe sent representatives last week to Washington D.C. to meet with lawmakers, press, and BIA officials concerning its worries over the Summit agenda. According to the tribal delegation, the deputy assistant director of Indian affairs for the Department of Interior, Larry Roberts, gave assurances to the group that their dominant concerns about the summit agenda would be addressed.

Among those who traveled to D.C. was Standing Rock Attorney Chase Iron Eyes, founder of the blog Last Real Indians and leader of the successful Pe’ Sla sacred Lakota land movement in 2012. “As of several days ago, the agenda appeared to be based on the premise that what is needed is some fine tuning of the relationship between the Department of Social Services and the tribes on ICWA placements. This is not the approach wanted by many tribal leaders and by the Lakota People’s Law Project, who are working to re-route federal money from the state to the tribes so that the tribes can have their own Child and Family Service Agencies. We are happy that Larry Roberts of the BIA has promised to make changes to the summit agenda, including inviting Senator James Abourezk to speak, the author and sponsor of the Indian Child Welfare Act. The Senator will be definitive about the intention of the Act.”

The Standing Rock Sioux Tribe has requested technical support from the Lakota People's Law Project to support the creation of an information center at the Summit about state violations and solutions. The tribe is also providing recording facilities for people who wish to testify so that their testimony can be sent to Congress. Lakota grandmothers and relatives who feel they have been ignored by the State when they wanted to raise their grandchildren will be coming to the Summit from all over the state. The ICWA law mandates that Indian children be placed with relatives or tribal members. Relatives will be able to testify on the first day of the conference if their tribal chairmen invite them to speak, and they will be able to testify in the Standing Rock meeting rooms all three days.

Tribal officials from both Standing Rock and Pine Ridge are accepting press interviews. For Standing Rock, call 701-854-3095, or email tiron[at]standingrock.org. For Oglala Sioux, contact President Brewer's office at 605-407-9909, jirving(at)oglala(dot)org, or contact the ICWA office at (605) 867-5805, juanitascherich(at)yahoo(dot)com.

The Lakota People’s Law Project has been partnering with tribes and leaders in South Dakota since 2005 from its office in Rapid City to challenge more than 150 years of injustice against Native American families. These activities have included funding and supporting Native experts to provide technical assistance to the tribes on family and child welfare issues. The Lakota People’s Law project combines public interest law, research, education, and organizing in a unique model for advocacy and social reform.

The Lakota People's Law Project is sponsored by the non-profit Romero Institute based in Santa Cruz, California. The Institute is named after slain human rights advocate Archbishop Oscar Romero of El Salvador. The Institute seeks to identify and dismantle the structural sources of injustice and threats to the survival of our human family.

Letter from Standing Rock to Congress/BIA

Letter from Bryan Brewer, President of Pine Ridge, to BIA