Experts at The Heartland Institute, a free-market think tank, comment on the passage in the United States Senate of Marketplace Fairness Act, a bill that would allow states to require businesses – even those headquartered outside their borders – to collect Internet sales taxes from consumers. 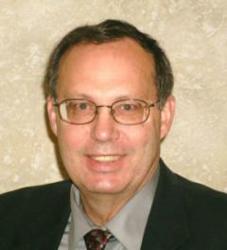 States and local governments want more money, and with this bill they’d get it.

The United States Senate today passed the Marketplace Fairness Act, a bill that would allow states to require businesses – even those headquartered outside their borders – to collect Internet sales taxes from consumers.

The following statements from tax and technology experts at The Heartland Institute – a free-market think tank – may be used for attribution. For more comments, refer to the contact information below. To book a Heartland guest on your program, please contact Director of Communications Jim Lakely at jlakely(at)heartland(dot)org and 312/377-4000 or (cell) 312/731-9364.

“States and local governments want more money, and with this bill they’d get it. Huge online and traditional retailers like Amazon and Walmart want even more advantages over smaller competitors. With this bill, they’d get those additional advantages.

“On the plus side, I’m sure their desire for ‘tax fairness,’ which they have repeatedly declared is the reason they support the Marketplace Fairness Act, means Amazon, Walmart, and other big retailers will stop collecting state and local government ‘tax incentives’ for stores and warehouses they’ve built. These tax incentives are blatantly unfair to the many smaller competitors who receive no tax incentives to build or run their facilities. So maybe, on balance, it would be a good trade-off.

“I eagerly await the announcements from Amazon, Walmart, and other big retailers that they’ll stop accepting these unfair state and local tax incentives if the Marketplace Fairness Act becomes law.”

“Whatever objectives this bill may serve, ‘fairness’ is not among them. Forcing online retailers to comply with the laws of thousands of taxing jurisdictions makes tax compliance more onerous for them than for a bricks-and-mortar retailer who need worry only about the jurisdiction in which it is located. This suggests that the motive here may be protectionism as much as fair play.”

“Please save us from a government looking to legislate ‘fairness.’ The Marketplace Fairness Act would be ‘fair’ only if bricks-and-mortar stores had to do what governments want online merchants to do: Ask every customer where they live and determine, calculate, and collect the relevant state, local, and municipal taxes. For more than 9,600 jurisdictions. Then remit.

“This is taxation without representation on stilts. The Marketplace Fairness Act would allow nearly 10,000 governments to abuse businesses – with no recourse for businesses. Because they don’t live in the relevant jurisdictions and can’t vote to oust the abusers. Governments need to stop looking for ever more revenue streams – and instead just stop spending.”

“Internet sales taxes would be a modern form of taxation without representation. Remember, the American people once fought a Revolution against that. We don’t want the 50 states engaging in protectionist mercantilism against each other. The founders saw how unworkable that was under the Articles of Confederation that preceded the Constitution. The free and open national market established by the Constitution has been central to world-leading American prosperity ever since.

“And once interstate taxation is opened up for sales taxes, the state and local governments will be back to Congress asking for authority to impose income taxes across state lines, where the real money is.”

“It will be up to legislators in the House of Representatives to untangle the web of deception that is the Marketplace Fairness Act, which was passed today by the Senate. The proposed law has nothing whatsoever to do with ‘fairness’ and everything to do with rooting under, around, and beyond the public trough for additional revenues to fund state governments grown morbidly obese with profligate spending.

“The Marketplace Fairness Act would do nothing to level the playing field for Internet retailers and bricks-and-mortar because both players possess different strengths and weaknesses that savvy consumers know all too well. If MFA becomes law, these customers will incur the brunt of the much higher prices brought about by increased costs to Internet retailers forced to collect and remit sales taxes for an estimated 9,600 different U.S. tax jurisdictions, while continuing to pay shipping charges they currently avoid at physical retail locations.”