A 2013 Center for Disease Control (CDC) study has revealed over 12% of 33,014 American adults surveyed were not taking their medication as prescribed, as a strategy to reduce their prescription drug costs. The Canadian Pharmacy responded to these worrying statistics by reminding those that can't afford their prescription costs that they can obtain their medications safely and cost effectively from Canada. 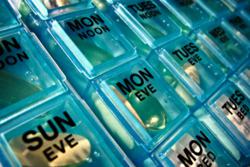 It is truly worrying to see larger numbers of Americans feeling forced to put their health at risk when there are safe and cost effective alternatives such as buying their prescriptions from Canada.

The CDC study titled "Strategies Used by Adults to Reduce Their Prescription Drug Costs" analyzed data from the 2011 CDC National Health Interview Survey, which surveyed 33,014 American adults over 18. In light of the fact that Americans spent $45 billion out-of-pocket on retail prescription expenses in 2011, the study set out to analyze the strategies U.S. adults use to reduce their prescription drug costs. Key findings of the study include:

These results show a clear association between poverty or lack of insurance and the failure of American adults to take prescription medications as prescribed. As the study points out, failure to take medication as prescribed has been shown to lead to poorer health status, increased emergency room use, hospitalizations, and cardiovascular events.

Other drug cost reduction strategies explored by the study included asking a doctor for a lower cost medication, buying prescription drugs from another country and using alternative therapies. The study found adults aged 65 and over with only Medicare coverage were the most likely to ask their doctors for lower cost medications (24.9%) vs. their counterparts who also had private coverage (20.1%) or Medicaid coverage (14.7%). Uninsured adults aged 18-64 were more likely to take alternative therapies to treat their conditions (11.9% vs. 4.6% with Medicaid and 4.2% with private insurance). In the 18-64 age group 2.1% of those surveyed bought their prescription medications from another country vs. 1.9% of those over 65.

When asked about the results of the CDC study, David Zimmer, President of TheCanadianPharmacy.com, stated, "Time and time again studies like this show Americans are struggling to afford the medications they need and are unfortunately choosing to not fill their prescription, skip doses, or seek unproven and unsafe alternatives. It is truly worrying to see larger numbers of Americans feeling forced to put their health at risk when there are safe and cost effective alternatives such as buying their prescriptions from Canada. Often the same medications available in the U.S. are sold in Canada at half the U.S. retail price."

Located in Winnipeg, Manitoba, The Canadian Pharmacy employs a dedicated team of licensed and experienced pharmacists, physicians, pharmacy technicians, and customer service representatives to provide our customers with any and all information they may desire about their medications and their suggested use. The Canadian Pharmacy is a Member of the Canadian International Pharmacy Association (CIPA), the Manitoba International Pharmacist’s Association (MIPA), is a 5-Check Rated Pharmacy by PharmacyChecker.com and a member of the Better Business Bureau.