This summer, Impact with Martin Sheen will show how new scholarship programs are helping military families with the burden of higher education costs. 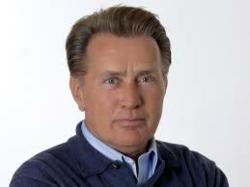 Higher education is one way Americans are giving back to deserving veterans.

The producers of Impact with Martin Sheen are pleased to announce a July debut for a new report on scholarship programs that are helping to make college dreams a reality for veterans and their children.

Impact Martin Sheen is an independently produced television series airing in markets around the country on public television. The program is hosted by the legendary Martin Sheen, who is marking the start of his second half-century in American entertainment in 2013. Mr. Sheen has developed a reputation as one of Hollywood’s most respected actors during a career that includes more than 60 film appearances.

Martin Sheen Impact is talking to experts in college finance and veterans’ groups about new programs that are helping offset the financial burden of college for veterans and their families. For those who have served overseas, these programs are helping returning service personnel adapt to a competitive civilian job market. For their children these programs are a thank you for the sacrifice made by entire families during overseas deployments.

In this new report from Impact Martin Sheen PBS, audiences will see how these programs are funded and how they are paving the way for a bright future for millions of deserving Americans.

The producers of Impact Martin Sheen will distribute the new report in July. Check local listings for air times on public television and PBS affiliates in individual markets. For more information the producers can be contacted via the official website for the show at impactptv.com.