Scott Ritsema, trial attorney at the Bisnar | Chase personal injury law firm has been recognized by the Mayor and the City of the Lancaster for obtaining a $2 million settlement for the mother of a 51-year-old man, who was killed in a collision caused by a drunk driver. The lawsuit (Case Number: 00509530, Orange County Superior Court) was settled Feb. 14, about a week before it was set to go to trial. 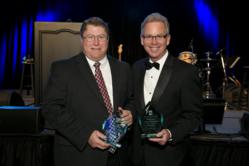 Biggest satisfaction I got from this case was that Mr. Caselli has the financial liability to remind him for the rest of his life of how his actions affected the Boynton family.

Scott Ritsema, trial attorney for the Bisnar | Chase personal injury law firm, has received a special commendation from the Mayor of Lancaster for obtaining a $2 million wrongful death settlement for the mother of 51-year-old Brook Boynton, who was killed in a car crash caused by a drunk driver. This wrongful death lawsuit (Case Number: 00509530, Orange County Superior Court) was settled Feb. 14, just a week before it was scheduled to go to a jury trial.

The commendation to Ritsema from Mayor R. Rex Parris states that he has, "demonstrated excellence in trial advocacy as Plaintiff's counsel," and through, "outstanding legal prowess…achieved for his client, an equitable remedy noteworthy of recognition." The commendation has the city seal and is signed by Mayor Parris.

According to court documents (Case Number: 00509530, Orange County Superior Court), the incident occurred the evening of Oct. 16, 2009 on the state Route 73 toll road about a mile north of Laguna Canyon Road when Richard Caselli lost control of his 2001 Volvo S-60 on a downhill curve and rear-ended Boynton's 2004 Nissan Murano. According to court documents, Boynton came out of his seatbelt as the vehicle tripped on the curb and rolled over several times. Boynton was then ejected from the vehicle as it rolled over and was pronounced dead at the scene, according to the court documents.

According to the court documents, Caselli was arrested on suspicion of drunk driving and gross vehicular manslaughter while intoxicated (Orange County Superior Court Case Number: 10ZF0082) and subsequent toxicology testing by the Orange County Sheriff's Crime Lab put his blood alcohol concentration (BAC) at .186, more than twice the legal limit. He also tested positive for cocaine, according to the court records.

Caselli pleaded guilty to vehicular manslaughter while intoxicated on May 11, 2010 in the criminal case and served two and a half years in prison, court records (Case Number: 10ZF0082) indicate. Boyton's sole heir, his 84-year-old mother Johnella Boynton, approached Bisnar | Chase after being told by another law firm to simply accept Caselli's insurance limits of $15,000 and collect the additional $85,000 in uninsured motorist insurance on her son's policy, Ritsema said.

Johnella Boynton's wrongful death lawsuit against Caselli was set to go to trial on Feb. 25, when the case was settled Feb. 14 during a Mandatory Settlement Conference, he said. Ritsema said the special recognition from the City of Lancaster came as a surprise. "I'm deeply honored and humbled by the Mayor of Lancaster's commendation," he said.

He said that the biggest satisfaction he got from this case was due to the fact that the family got the justice they sought from the civil justice system. "In addition, Mr. Caselli has the additional financial liability to remind him for the rest of his life of how his actions affected the Boynton family."

Bisnar | Chase represents victims of car accidents including drunk driving crashes. The firm has been featured on a number of popular media outlets including Newsweek, Fox, NBC, and ABC and is known for its passionate pursuit of results for their clients. Since 1978, Bisnar | Chase has recovered millions of dollars for victims and their families.