MarketResearch.com announces the addition of a new market research report in Transportation&Shipping to their product offering. 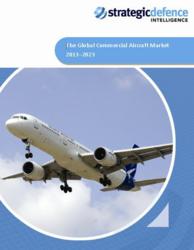 The global commercial aircraft sector is expected to experience a slow and stable growth during the forecast period. Airline companies around the world are expected to procure approximately 34000 airplanes during the 2011-2031 periods according to Boeing’s estimates.
The commercial aircraft market grows parallel to the civil aviation markets across all major countries. With the civil aviation market improving steadily following the recent economic recession, the airline companies are spending significantly to replace their ageing aircraft fleets.
Additionally, the expansion plans of airlines from major emerging markets of the Asia Pacific region, the Middle East, and Europe has initiated a series of contracts for aircrafts of various types during the last few years.
The global air traffic has also grown substantially with the surge in the number of passengers preferring air travel. These factors are therefore expected to cumulatively drive the commercial aircraft market during the forecast period.

One of the major challenges being faced by the industry is the sheer expense involved in developing a new commercial aircraft. A good example of this is the US$32 billion that Boeing spent to develop its 787 Dreamliner, due to which it doesn’t expect to see any profits for the next 10 years at least; the company’s initial estimate was a development cost not exceeding US$6 billion. According to Adam Pilarski, Senior Vice President with the aviation-consulting firm Avitas, even though the 787 Dreamliner may be the best commercial plane ever built, its development is likely to result in heavy losses for the company. Similarly, the development costs for Airbus’s A380 have topped US$18 billion and this aircraft too could result in the company incurring losses. Delivery delays for the 787 are also expected to add to the problems faced by Boeing.

Commercial airlines incur the highest expenditure on fuel, with over 33% of airlines’ total cost resulting from fuel spending. This is why the current steady increase in fuel prices globally poses such a significant risk to the overall sustainability of the industry. In today’s economic climate when carriers are competing fiercely for market share, fuel prices play a major role in determining profitability.
The industry’s global trade body, the International Air Transport Association (IATA) has recently cut its forecast for the sector’s annual profits by US$500 million due to the threat posed by rising fuel prices. According to Tony Tyler, IATA’s Director-General, European airlines are heading for record losses of about US$600 million in 2013, with the collapse of two carriers, Barcelona-based Spanair and Hungary’s Malev cited as examples; high fuel prices were deemed to be the major reason for this.
Considering the global economic growth which is currently pegged at 2%, the global aviation industry is under considerable threat from rising fuel prices and industry think tanks are now asking governments to re-think regulations such as the controversial carbon tax being imposed by the European Union on the industry.

Strategic Defence Intelligence provides a stream of continuously updated customer and competitor intelligence, as well as detailed research reports providing an unrivalled source of global information on the latest developments in the defence industry. Strategic Defence Intelligence's unique monitoring platform tracks global defence activity for over 2,500 companies and 65 product categories in real time and in a highly structured manner, giving a comprehensive and easily-searchable picture of all defence industry activity.

MarketResearch.com is the leading provider of global market intelligence products and services. With research reports from more than 720 top consulting and advisory firms, MarketResearch.com offers instant online access to the world’s most extensive database of expert insights on global industries, companies, products, and trends. Moreover, MarketResearch.com’s Research Specialists have in-depth knowledge of the publishers and the various types of reports in their respective industries and are ready to provide research assistance. For more information, call Cindy Frei at 240.747.3014 or visit http://www.marketresearch.com