While the Affordable Care Act promises to lower prescription drug costs for Americans who are struggling to afford their medications, which cost considerably more for them than for their counterparts around the world, these changes are still three to five years off. In the meantime, The Canadian Pharmacy offers a more cost-effective option for U.S. patients. 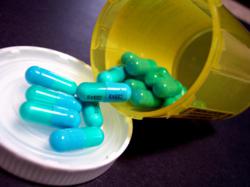 We at The Canadian Pharmacy are thrilled that the Affordable Care Act may soon be lowering drug costs for our friends in the U.S.

A recent analysis by Reuters revealed that, compared to their international counterparts, Americans are paying a significantly higher price for their medications. One of the key components of the Affordable Care Act, often referred to as "Obamacare," is to stop the runaway cost increases and bring the cost of U.S. medications back in line with the price the rest of the world is paying. Unfortunately, this part of the Act will not go into effect for another three to five years, leaving countless Americans struggling to pay the high prices or going without their medications altogether.

David Zimmer, president of TheCanadianPharmacy.com has proposed a solution for these Americans, saying "We at The Canadian Pharmacy are thrilled that the Affordable Care Act may soon be lowering drug costs for our friends in the U.S. In the meantime, however, we invite Americans who want to reduce their drug costs to look at The Canadian Pharmacy as a safe and affordable way to purchase their necessary medications today."

Purchasing prescription drugs online can lower the cost of medications considerably. One example that demonstrates the potential savings that patients can find is that of Janumet, a popular medication used to treat diabetes. A 30-day supply of Janumet through a U.S. pharmacy runs patients $271. The 30-day supply of the same medication at The Canadian Pharmacy sells for $153.

One of the most common causes of hospitalization is patients' failure to take prescription medications exactly as they are prescribed. Patients may skip doses, cut medications in half or simply not fill the prescription at all in order to save money. A survey conducted by The Commonwealth Fund, an organization dedicated to improving the performance of the U.S. health system, found that in 2012, 50 million Americans between the ages of 19 and 64 did not fill a prescription because of the cost associated with the medication. This number represents a 28 percent increase since 2003 and a 4 percent increase since 2010. This is a disturbing trend that, in the end, could wind up costing patients more money than they were looking to save as their health continues to decline.

Located in Winnipeg, Manitoba, The Canadian Pharmacy employs a dedicated team of licensed and experienced pharmacists, physicians, pharmacy technicians, and customer service representatives to provide our customers with any and all information they may desire about their medications and their suggested use. The Canadian Pharmacy is a Member of the Canadian International Pharmacy Association (CIPA), the Manitoba International Pharmacist’s Association (MIPA), is a 5-Check Rated Pharmacy by PharmacyChecker.com and a member of the Better Business Bureau.