With student debt delinquency at an all-time high, there's never been a better time for the youth of the US to hedge themselves against coming economic volatility with Gold, Silver and Bitcoin. 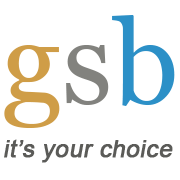 Students behind on their student loan payments has reached an all-time high as students continue to struggle finding work after college, according to Bloomberg. For those have found work, meeting debt obligations can be an exhausting measure.

According to a government report, eleven percent of student loans were at least 90 days past due in the third quarter of 2012, compared to just 6 percent in the first quarter of 2003, according to the report by the US Education Department.

Nearly 30 percent of 20-24 year olds are not employed nor in school, the study found. The research has been released as concern rises over college costs and $1 trillion in outstanding student loans, which represents the largest category of consumer debt besides mortgages.

Student debtors say the debt burden affects their choice of jobs, ability to buy homes and get married.

“Today’s economy puts young graduates in a difficult position,” Jack Buckley, commissioner of the National Center for Education Statistics, which published the report, said in a statement. “A college diploma no longer guarantees a direct pathway to the middle class, making it harder to justify the expense of a degree.”

With so many in the youth financially abandoned by their nation, GoldSilverBitcoin has put on special 1 oz Silver Rounds and 10 oz silver bars to encourage those with student debt to hedge themselves and buy silver.