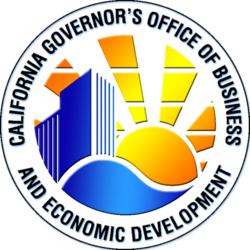 The California Governor's Office of Business and Economic Development

“Two of the three incentives are statewide, meaning all of California gets to be an Enterprise Zone.” -- Leslie McBride, GO-Biz

The Governor’s Office of Business and Economic Development today issued an informational briefing today “NEW TOOLS FOR A NEW ECONOMY” on the Governor’s newly proposed business incentives. The incentives, part of Governor Brown’s revised May Budget, include a sales and use tax exemption for manufacturing equipment and biotech R&D, a long-term unemployed tax credit for areas of high unemployment and poverty, and a recruitment and retention incentive to attract new companies to California and expand existing companies. Also included is a side by side comparison of the proposed program compared to current enterprise zone incentives. GO-Biz Deputy Director for Business Investment Services Leslie McBride pointed to the wider application of the proposed incentives as an overall benefit.

“Two of the three incentives are statewide,” said McBride, “meaning all of California gets to be an Enterprise Zone.”

The new programs would redirect roughly $750 million annually from the inefficient Enterprise Zone program to statewide business incentive programs. While exact details are still being developed and are subject to legislative approval, all three programs are proposed to start in the first quarter of 2014. Current earned Enterprise Zone credits would stay in place for 5 years. Additional state economic incentives such as the Employment Training Panel, the Research and Development tax credit will continue to be available to businesses – even in combination with the new incentives.