Known as the “Spirit of Syria”, Qatifaan worked with the Deraa Media Union, a group that documents atrocities surrounding the Southern Syrian city of Deraa. 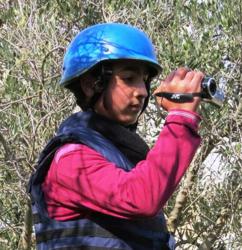 The Syrian Expatriates Organization was deeply saddened to receive news of the death of 14 year old Syrian citizen journalist, Omar Qatifaan. He was shot while documenting events in Deraa, Syria on May 21 2013.

Known as the “Spirit of Syria”, Qatifaan worked with the Deraa Media Union, a group that documents atrocities surrounding the Southern Syrian city of Deraa. According to colleagues, he was known as one of the bravest, frequently refusing to abandon filming despite being surrounded by danger. Citizen journalists play an integral role in documenting events in Syria. As free press is not allowed in Syria, citizen journalists have assumed a key role in the collection and dissemination of news.

“Omar is one of many examples of the bravery of our Syrian youth, forced to abandon their childhoods and risk their lives for freedom and survival,” said SEO Chairman, Dr. Mazen Hasan. “Unfortunately, Syria’s best and brightest are being ripped away from us. Their potential as future builders of society is limitless, and we will forever mourn the deaths of our young generation of Syrians. Omar will be remembered for his courage, and a symbol of the tenacity and resilience of our youth. His contributions to the revolution will not be forgotten. We extend our deepest condolences to Omar’s family, and all Syrian families who have lost their loved ones to violence.”