In response to a recent FDA inspection of 30 compounding pharmacies, Avomeen's pharmaceutical testing laboratory has strengthened their advanced pharmaceutical analysis services to assist in contaminant identification and more. 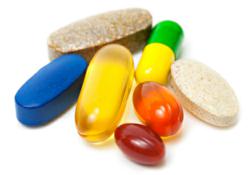 Compounding pharmacies pose a continued threat to consumers due to a lack of regulation by the Food and Drug Administration. FDA officials have recently released results from an inspection of 30 compounding pharmacies that mix sterile drugs. The results exposed dozens of safety problems including contaminates in the form of unidentified black particles bring found in vials of sterile solutions, rust/ mold within the manufacturing plants and workers being exposing to conditions that would allow their skin to come in contact with chemicals.

Pharmaceuticals mixed in conditions such as those confirmed by the FDA have a higher likelihood of contamination and subsequent detrimental effects when consumed. Avomeen's pharmaceutical testing laboratory answers the need for an independent, FDA-Registered, DEA-Licensed, cGMP-Compliant laboratory to provide accurate and timely analysis of pills, liquids, capsules and more.

Avomeen’s pharmaceutical testing division has bolstered its analytical capabilities by hiring additional senior scientists with backgrounds in areas such as deformulation, stability testing, quality control analysis and contamination identification. Avomeen is dedicated to the analysis of drugs and pills produced from compounding pharmacies.

New and enhanced services include impurity analysis, batch-to-batch testing, degradation profiling, trace metals analysis and contamination quantification. The pharmaceutical analysis staff now has the capability of efficiently and effectively analyzing the output of pills, liquids and drugs from compounding pharmacies.