JWT Explores ‘The State of Men’ 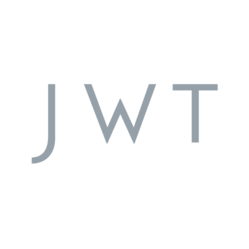 Masculinity was clearly defined when ‘men were men,’ as the saying goes. Today, gender conventions are blurring, and men are formulating a more nuanced idea of what it means to be man

In its latest trend report, JWT, the world’s best-known marketing communications brand, examines “The State of Men,” focusing on how masculinity is being redefined circa 2013, how men’s role in the home is changing and how men are navigating the new gender order.

“Masculinity was clearly defined when ‘men were men,’ as the saying goes. Today, gender conventions are blurring, and men are formulating a more nuanced idea of what it means to be man,” says Ann Mack, director of trendspotting at JWT. “The ‘manly man’ is mostly portrayed with a wink and a nudge these days, even as some retro elements of masculinity enjoy a revival.”

The report also spotlights the trend toward men taking on more housework and child care duties. “The household is becoming more gender-neutral as men both embrace a more active role and get pushed into it out of necessity,” says JWTIntelligence editor Marian Berelowitz, who led research and writing for the report. “Shared responsibility—in terms of household tasks and child care—is the new ethos. Men may not yet be doing an equal share, but they’re just as concerned as women about achieving a work-life balance.”

JWT’s “The State of Men” is the result of quantitative, qualitative and desk research conducted by JWTIntelligence throughout the year. For this report, JWTIntelligence surveyed 1,000 adults aged 18-plus in the U.S. and the U.K. from April 29-May 2, 2013 using SONAR™, JWT’s proprietary online panel. The report also includes input from experts and influencers in male trends and JWT’s Planning Foresight group in London, as well as JWT planners around the globe, including Argentina, Colombia, Venezuela, Australia, Spain, Poland and Thailand.

Findings from the survey include:

ABOUT JWTINTELLIGENCE
JWTIntelligence is a center for provocative thinking that is a part of JWT. We make sense of the chaos in a world of hyper-abundant information and constant innovation—finding quality amid the quantity. We focus on identifying changes in the global zeitgeist so as to convert shifts into compelling opportunities for brands. We have done this on behalf of multinational clients across several categories including pharmaceuticals, cosmetics, food, home and personal care. For more information, please visit http://www.jwtintelligence.com and follow us @JWTIntelligence.