The Lodge at Chaa Creek reports that a new direct air service from LAX to Belize City will make Belize an even more attractive holiday destination. 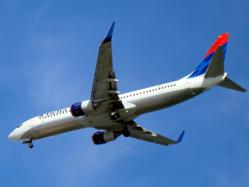 “You can now go from the bustling centre of Los Angeles to listening to toucans on your veranda in the middle of a pristine, tranquil rainforest with just two relatively short flights."

The recent announcement of direct flights from Los Angeles to Belize has been hailed by Belizean resort owners as a boon for the local tourism industry.

According to the Lodge at Chaa Creek’s marketing director Larry Waight, the new service, scheduled to begin December 2013, will encourage more west coast travellers to consider the Caribbean as a viable option to destinations like Mexico’s Pacific coast and Hawaii.

The direct flights will also make it easier for members of Belize’s large diaspora, many of whom reside in California, to visit family and friends and spend holidays in their country of origin, he added.

“It very good news for the entire Belize tourism industry, as it makes a Belize vacation more viable to a larger audience. And for Chaa Creek, it means that our popular Christmas and New Year’s all-inclusive Belize vacation packages are that much more attractive to west coast travellers,” Mr Waight said.

“Further building its route network from Los Angeles International Airport, Delta Air Lines will debut Saturday-only service to Belize City starting in December,” the blog reports, adding that the 737-800 160 seat aircraft is scheduled to depart LAX at 12.20 am and arrive at Philip Goldson International Airport in Belize at 7 am.

“Our local carrier, Tropic Air, instituted direct flights between Ambergris Caye, Belize City and Maya Flats, which is right at Chaa Creek’s door step, and has made it even easier for our guests to visit the Belize Great Barrier Reef, the Blue Hole, San Pedro on Ambergris Caye and Belize’s other Caribbean attractions,” Mr Waight said, “and now with direct flights from LA, our US and Canadian west coast guests will have an even easier time of it.

“You can now go from the bustling centre of Los Angeles to listening to toucans on your veranda in the middle of a pristine, tranquil rainforest with just two relatively short flights.

“Our all-inclusive Christmas vacation packages have become popular in recent years as more and more people are looking to do something different and spend quality time with each other over the holidays. These new direct air services are making that an even more attractive option, and means that our guests can spend more time relaxing and less time travelling,” Mr Waight said.

“The new Delta service is a great Christmas present for Belize,” he added.