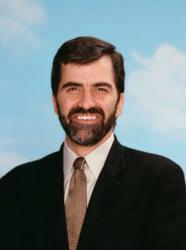 This is a historic moment in the global debate about climate change ... The trend toward skepticism and away from alarmism is now unmistakable.

The two books present a sweeping rebuttal of the findings of the United Nations’ controversial Intergovernmental Panel on Climate Change (IPCC), whose reports were widely cited as the basis for taking action to stop or slow the advance of climate change. More recently, the IPCC has been surrounded by controversy over lapses in its quality control and editorial bias.

“This is a historic moment in the global debate about climate change,” said Heartland Institute President Joseph Bast. “The translation and publication of Climate Change Reconsidered by the prestigious Chinese Academy of Sciences follows strong statements by the Russian Academy of Sciences and the Polish Academy of Sciences dissenting from claims that global warming is either man-made or a crisis. The trend toward skepticism and away from alarmism is now unmistakable.”

The Chinese Academy of Sciences is the world’s largest academy of sciences, employing some 50,000 people and hosting more than 350 international conferences a year. Membership in the Academy represents the highest level of national honor for Chinese scientists. The Nature Publishing Index in May ranked the Chinese Academy of Sciences No. 12 on its list of the “Global Top 100” scientific institutions – ahead of the University of Oxford (No. 14), Yale University (No. 16), and the California Institute of Technology (No. 25).

In December 2012 at a UN-sponsored meeting in Doha, Qatar, the Chinese government refused to sign a global climate treaty containing mandatory caps on carbon dioxide emissions. Other countries that refused to sign include Brazil, Canada, India, Japan, Russia, and the United States.

All three men will be in Beijing for the Chinese Academy of Sciences event on June 15 to speak about the translation of Climate Change Reconsidered. Scores of additional scientists, economists, and policy experts reviewed and contributed to the volumes. Climate Change Reconsidered II is in production and is due for English-language publication by The Heartland Institute in the fall of 2013.

“Much of the success of the modern Chinese state is based upon a relentless pragmatism about practical issues of substance,” Carter said. “That the pragmatism occasionally clashes with cherished Western beliefs is no bar to its effectiveness, because the underlying thinking is always rooted in logic and evidence-based information. In this context, it is unsurprising to hear that the Chinese Academy of Sciences has seen fit to translate and distribute the rigorous and evidence-based NIPCC report.

“In due course, and as has happened so often before, doubtless Chinese companies active in the energy or climate-policy marketplaces will again leave their Western counterparts – who are still hindered by the IPCC’s leaden and outdated dangerous global warming ideology – in the competitive dust,” Carter added.

The Heartland Institute is a 29-year-old national think tank based in Chicago. For more information, visit our main Web page, Heartland’s Environment Suite, or the Web site of the Nongovernmental International Panel of Climate Change, or call 312/377-4000.