Success of past projects means even more chances for fans to be part of Elvis history. 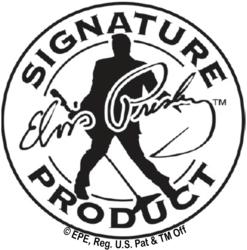 “We knew that Elvis Presley fans were among the most dedicated and active in the world, but we never expected the level of participation we received in our first two Elvis Fan Mosaics,” says Rob Hixenbaugh, Fan Mosaics’ director of fan & brand development. “They’re simply the best fans in the world, and we’re thrilled to have more chances to work with them.”

For each new Fan Mosaic, fans will upload photos of themselves through the Fan Mosaic website (http://www.fanmosaics.com), using either their computer or a mobile device. Fan Mosaics then uses these individual photos as the building blocks to re-create a larger image of the King himself.

The past two projects have celebrated the 35th anniversary of Elvis’ life and legacy and the 40th anniversary of his “Aloha from Hawaii” concert broadcast. The next Elvis Fan Mosaic, launching at the end of June, will commemorate the 45th anniversary of the Elvis ’68 Comeback Special. Watch for an announcement later this month to find out what makes this project so spectacular.

All of the Elvis Fan Mosaics are turned into murals that hang in Graceland—a unique way for fans to claim their spot in this iconic location. The mosaics are also available for purchase as high-quality 24"x30" prints.

“We at Fan Mosaics couldn’t be more excited about our continued collaboration with Elvis Presley Enterprises and Elvis’ fans,” Hixenbaugh says. “We’re honored to be trusted with his memory and are committed to delivering projects worthy of this international legend.”

Northfield, Ohio-based Fan Mosaics, LLC, is the bridge that connects fans and stars. The company’s officially licensed celebrity photo mosaics—composed entirely of fan-submitted images—are a unique and lasting outlet for fans’ enthusiasm and loyalty. Entertainers in all industries choose Fan Mosaics to thank fans for their dedication, and charities partner with Fan Mosaics to raise funds for their worthwhile causes. Visit http://www.fanmosaics.com to view completed and current projects and to learn more about the Fan Mosaics creation process.

Elvis Presley Enterprises, Inc., is based in Memphis, with additional offices in Los Angeles. In addition to Graceland and its related attractions in Memphis, including the Heartbreak Hotel, EPE is aggressively involved in a worldwide licensing program, merchandising, music publishing, and television, film, video and Internet projects. For more information on EPE and Graceland, visit elvis.com.