IconicTV and Todrick Hall announced today that they have entered into a partnership to help take the YouTube star's reach to the next level. 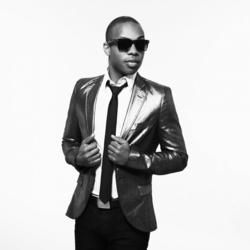 IconicTV and Todrick Hall announced today that they have entered into a partnership to help take the YouTube star's reach to the next level. On the collaboration, Todrick had this to say: “I am beyond stoked to announce that I have officially been adopted into the IconicTV family, and I can't wait to entertain the YouTube world via this awesome collaboration. As an independent YouTube artist I have already accomplished great things, but I am ecstatic and beyond confident that together IconicTV and I will turn great into spectacular! As orphan Annie would say, ‘I think I'm gonna like it here!’”

Todrick Hall is managed by Scooter Braun, the individual responsible for launching the worldwide success of Justin Bieber, Carly Rae Jepsen, PSY & The Wanted, amongst others.

Todrick Hall’s Channel joins the family of Channels managed by IconicTV, including: myISH, JAY Z’s Life+Times, 123UnoDosTres, POTATO and the soon-to-be-launched Meredith Vieira’s LIVES. With this addition, the multi-channel network now boasts a total subscribership of over 1.5 Million, and over 500 Million views.

“We are thrilled to be in the Todrick Hall business! Some talents are a triple threat, Todrick is a quintuple: a singer, actor, choreographer, director and producer. Todrick is a true trail blazer and I am excited to join forces,” says Hallie Harris, General Manager of myISH.

About IconicTV:
A new kind of digital media company, IconicTV is dedicated to building the best multi-channel network by creating premium video supported by the creative direction and formidable social footprints of top-tier, best-in-class talent. IconicTV is headed by Larry Aidem and Michael Hirschorn, media executives with broad experience in both traditional and digital media. With its over 1.5 Million subscribers, content production expertise and high profile talent, IconicTV offers consumers and advertisers alike a customized entertainment experience that is unsurpassed. Learn more about IconicTV at http://www.iconictv.com or contact Claire Mannis, Claire(at)iconictv(dot)com (646-738-2068).

About Todrick Hall:
Todrick Hall (aka Toddy Rockstar) is best known as a finalist on season 9 of American Idol and for his ingenious and animated viral YouTube videos such as “Mean Gurlz,” "Beauty and the Beat," "Target Flash Mob," "I Wanna Be On Glee," & "Cinderfella.” He has amassed over 50 million views on YouTube & has nearly 300,000 subscribers as a result of his unique blending of live experiences with digital content, catering to his hyper-engaged audience.

A true “triple threat,” Todrick has appeared on Broadway in Oprah Winfrey's The Color Purple with Fantasia and the Tony Award-Winning Memphis: The Musical. He’s been on national tours of Disney's Beauty and the Beast and the Radio City Music Hall Spectacular featuring The Rockettes. In addition to his American Idol Experience, Hall has made singing and dancing appearances on Good Morning America, The Macy's Thanksgiving Parade and most recently on Season 2 of X-Factor USA.