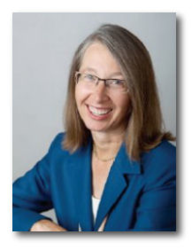 Twila Brase, president and co-founder of Citizens’ Council for Health Freedom, wants Americans to know what she believes is another government intrusion into their private health data. And she will share this information through a week-long series of radio programs that will air on more than 300 radio stations across the country from July 1-5.

Brase will talk about the HIPAA privacy rule, published June 14, 2013—and what CCHF believes is the deception behind it.

“People think that the HIPAA privacy rule protects privacy, but it’s just the opposite,” Brase states. “The rule allows millions of people and organizations to access patients’ private health information. Before HIPAA was implemented, doctors couldn’t share patients’ medical information without a specific law, a court order or written consent. That would have been illegal. But today, because of HIPAA, personal medical information can be broadly shared without consent. And it’s only gotten worse with the enactment of HITECH in the stimulus bill and Obamacare.”

The HIPAA law (Health Insurance Portability and Accountability Act of 1996) was enacted in 1996 and the HIPAA Privacy Rule became effective April 14, 2003. In 2009, the Health Information Technology for Economic and Clinical Health Act (HITECH) was enacted with the American Recovery and Reinvestment Act. As a direct result of HIPAA and HITECH Twila Brase believes that:

“Contrary to popular belief,” Brase continued, “I believe that signing the HIPAA form does not provide patients with any privacy or consent rights, and it could be used against Americans if they ever declare that privacy rights have been violated. If signed, the clinic or hospital could simply point to the signature and tell patients that they knew that private data was going to be broadly shared. It’s just another way that the government and a flawed health care system are deceiving patients.

“Many people don’t know that patients are not required to sign a HIPAA ‘Privacy Form’ at hospitals or clinics, even if the clinics insist,” Brase said. “I believe that the form has nothing to do with consent or health privacy. It is actually just an acknowledgment that patients have received and understood the clinic or hospital’s ‘Notice of Privacy Practices,’ and that they understand how broadly data can be shared.”

•Ask state legislators to act. Under HIPAA, state legislatures are allowed write true privacy protection laws which must be followed. Legislatures must also resist and avoid state laws conforming to HIPAA.
•Take a stand at their clinic. Assert the right to refuse to sign the HIPAA notice. Patients may also cross out the Notice of Privacy Practices section and refuse to sign it or, if coerced, file a complaint with the Office of Civil Rights at the U.S. Department of Health and Human Services. Online HHS documents informing patients of their right not to sign can be found at the bottom of CCHF’s home page (http://www.cchfreedom.org).
•Talk to CCHF. If a clinic or hospital refuses to treat patients because they refuse to sign the form, patients can notify CCHF in writing with the details of the encounter. CCHF is collecting stories from patients on their attempts to assert their right to refuse. Stories include patients whose clinics won’t provide treatment or sent in insurance claims if the patient refuses to sign the form.

CCHF has previously issued “National Patient ID,” a report on the ongoing attempts by government officials and corporate executives to create a unique national tracking number to link and access an individual’s entire lifetime of medical records without the individual’s consent and despite a long-standing statutory prohibition from Congress.

In addition, CCHF offers a list of the “Top Ten Terribles of Health Insurance Exchanges,” which include higher costs, privacy intrusions, more red tape, and poor care and coverage. The full list is available on the CCHF web site at Ten Terribles.

Twila Brase, a public health nurse and health freedom advocate, has been called one of the “100 Most Powerful People in Health Care” and one of “Minnesota’s 100 Most Influential Health Care Leaders.” She shares health care-related news and commentary with the American public in her daily, 60-second radio feature, Health Freedom Minute. The Minute airs on nearly 350 stations daily, including the entire American Family Radio Network, with more than 150 stations nationwide, in addition to Bott Radio Network with over 80 stations nationwide. During the daily features, listeners can learn more about the agenda behind proposed health care initiatives, the ramifications of proposed policies and actions that can be taken to protect their health care choices, rights and privacy. Health Freedom Minute is sponsored by the Citizens’ Council for Health Freedom, a patient-centered national health freedom organization based in St. Paul, Minn. CCHF supports patient and doctor freedom, medical innovation and the right of citizens to a confidential patient-doctor relationship.