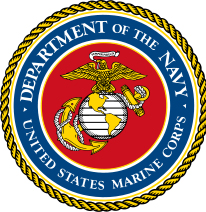 Less Than One Minute Notification to the masses, massively more affordable

“We are very excited by the Navy invitation to participate in government assistance programs designed to enhance crucial existing mass notification systems and initiatives. The Navy has made it abundantly clear it wishes to ‘reduce costs’ and more so, eliminate stovepipe information sharing between DoD agencies often externally imposed by proprietary vendor systems with that of newly adopted platforms such as the common alerting protocol (CAP). Ultimately, we believe Desktop Alert will provide the government with significantly reduced cost propositions while simultaneously expanding system capability across existing computational infrastructures using less hardware, less bandwidth and much more alerting horsepower. Get more, pay less. It is a win-win proposition for the warfighter, the government and the taxpayer,” said Howard Ryan, Founder Desktop Alert Inc.

During an emergency, events change rapidly. Situational awareness is crucial to help mitigate and diffuse an unfolding crisis. An alert that is received after several minutes (and possibly without knowledge of an updated communication) could become dangerous. A key factor for recent technological advancements in the alerting industry has been the participation through interoperability across IP-Based computer networks. Desktop Alert is a sponsor-level member at OASIS.

OASIS (Advancing Open Standards For The Information Society) has recently been adopted by the U.S. Department of Defense as well as numerous Government agencies worldwide as a mandatory interoperability standard. In order for industry vendors to be considered for mass notification contracts to Government, they must now provide information sharing via the ratified OASIS protocol: Common Alerting Protocol.

“Historically, it is this lack of interoperability between agencies and vendors that has prevented critical messages from being delivered and consumed in a timely manner during emergencies. Communicating to key stakeholders in critical situations, whether they are corporate threats or life threatening crises, requires speed and proper execution. Make sure you have evaluated the newest technological developments in the alert industry to guarantee that your emergency communications get out to the intended audience in a timely manner and, believe it, the latest standard is in a minute or less. To that end, the Navy and Marines have taken a very keen interest in bolstering their emergency response capabilities,” added Ryan.

Used at Malmstrom Air Force Base