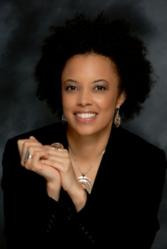 "The work we’ve done with shows like Finding Your Roots is positively changing the way people see themselves and the way they interact with their families. This is the reality show I want to see," said Gina Paige.

By now you may have seen PBS’s dynamic new program Finding Your Roots with Henry Louis Gates, Jr., which premiered in late March. But you may not know that African Ancestry, Inc. (AfricanAncestry.com), a small, minority business enterprise based in Washington, D.C., is a genetic force helping media powerhouses deliver ground-breaking genealogy programming. Starting with African American Lives 1 and 2 nearly a decade ago, AfricanAncestry.com has gone on to play a major role on NBC’s Who Do You Think You Are?; CNN’s Black in America series; Faces of America and most recently, Finding Your Roots with Henry Louis Gates, Jr.

“The rise of reality shows has been great in many ways, but it has also been not so great in many ways, especially in exposing the undesirable side of human behavior,” said Gina Paige, president of African Ancestry. “The work we’ve done with shows like Finding Your Roots is positively changing the way people see themselves and the way they interact with their families. This is the REALITY I want to see in my people and our communities,” Paige added.

Airing each Sunday through May 20, Finding Your Roots is the latest series from renowned cultural critic Henry Louis Gates, Jr., and is purposed to utilize genealogy and genetics to explore the fascinating dynamics of race, family and identity in today’s America. In collaboration with leading genealogists, world-renown research and historical societies as well as ancestry experts, Finding Your Roots combines to satisfy the basic drive to discover who we are and where we come from by focusing on 25 celebrity guests featured of all races in the 10-part series. Specializing in African-lineage tracing, AfricanAncestry.com picks up where the show’s paper trail ends by using DNA to geographically assess the African country of origin for each African-American guest featured including Samuel L. Jackson, John Legend, Branford Marsalis, Condoleezza Rice, Cory Booker, Geoffrey Canada, Ruth Simmons, John Lewis and Wanda Sykes.

Approaching its 10-year anniversary, AfricanAncestry.com was formed by one of the country’s few Black scientists Dr. Rick Kittles and African-American entrepreneur Gina Paige, who together single-handedly pioneered DNA-based ancestry tracing for people of African descent across the world. Employing its largest collection of indigenous African DNA, AfricanAncestry.com helps people of African descent discover where they come from in Africa through a proprietary DNA matching analysis lead by Dr. Kittles. Arriving on the scene in the early 2000s, AfricanAncestry.com was the first to establish a marketplace among African-American consumers, which didn’t exist prior to its formation. And while the industry has grown since its 2003 launch, African Ancestry’s African DNA database remains the largest and most comprehensive ever collected making its lineage matching the most accurate and reliable in the marketplace.

“I never imagined that my passion for African history and the movements of its people throughout the world would have one day manifested in a much-needed consumer product among African Americans,” said Dr. Kittles whose years of research on genetic variation in African peoples led to the founding of AfricanAncestry.com as well as dozens of published works and advancements in field of human genetics and genetic anthropology.

Finding Your Roots with Henry Louis Gates, Jr. airs at 8 p.m. on Sundays on PBS. The remaining guests that will learn more about where they’re from in Africa along with other family histories include Samuel L. Jackson, Condoleezza Rice and Ruth Simmons on April 29; and John Legend and Wanda Sykes on May 13. Branford Marsalis, Cory Booker and Geoffrey Canada were featured earlier in the series. Visit http://www.pbs.org/wnet/finding-your-roots for a complete schedule or to see highlights of previously aired shows.

Through the enlightening programming of media partners like PBS, AfricanAncestry.com has become known for its celebrity Reveals. What’s less known is that the company has also impacted the lives of more than 100,000 African-American families from every city across the country. Through its vast network of partners, programs and products, AfricanAncestry.com has traveled the world helping people demystify their African roots, while heightening DNA literacy among African Americans and helping people tap into the more meaningful side of the human condition along the way.

ABOUT AFRICAN ANCESTRY
Founded in 2003, African Ancestry Inc. (AfricanAncestry.com) pioneered African lineage matching in the United States utilizing its proprietary DNA-database to more accurately assess present-day countries of origin for people of African descent. African Ancestry’s reveals have impacted the lives of more than 100,000 African Americans including icons such as Oprah Winfrey, Isaiah Washington, Common, Condoleezza Rice, Cory Booker, Samuel L. Jackson, Ben Jealous and Andrew Young. African Ancestry also marked an historic milestone by uncovering the ancestral roots of Dr. Martin Luther King, Jr. and Marcus Garvey posthumously using the DNA of their descendants. AfricanAncestry.com has been featured on CNN’s Black in America series, NBC’s Who Do You Think You Are?, Essence Magazine and the ground-breaking PBS special “African American Lives 1 & 2” with Henry Louis Gates. African Ancestry’s products include the MatriClan™ and PatriClan™ test kits as well as Ancestry memorabilia such as T-shirts, hats and authentic certificates of origin for testers. African Ancestry is African-American-owned and headquartered in Washington, DC. Visit us at http://www.africanancestry.com and join us on Facebook.