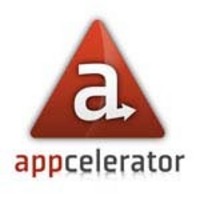 In demonstrating its support for the new iPad, Appcelerator said that it had successfully tested Titanium's comprehensive test suite application "Kitchen Sink" on the iPad. In a statement via Twitter on Wednesday, Jeff Haynie, CEO of Appcelerator, tweeted: "Apple iPad simulator running Appcelerator Titanium Kitchen Sink 0.9 http://bit.ly/9R3VaR ." The company anticipates that Titanium-built iPhone applications will be compatible with Apple's iPad out of the box.

Although Apple (and Appcelerator) will support direct application porting from the iPhone to the iPad, Appcelerator's recently released report, The iPad App Wave, shows that developers are looking forward to the unique features of the device. For example this would include:

More insight and analysis of developer opinions can be viewed in the full report, available here: http://www.appcelerator.com/tabletappwave.

"Successful iPad applications that really stand apart will take advantage of the new user interface and other native features that make the device distinct from the iPhone and Mac," noted Haynie. "Applications in the media, entertainment, business, social networking, and education spaces will particularly benefit from the iPad's enhanced user experience capabilities, and we plan to bundle all of that native functionality into Titanium."

About Appcelerator
Appcelerator enables web developers, ad agencies, ISVs, and enterprises to take advantage of the explosive growth in mobile, desktop, and iPad applications. The company's flagship offering, Titanium, is the only open source platform to enable cross-platform development, from a single codebase, at web development speed for these three platforms. Appcelerator's customers can leverage their exiting skills and open, industry standard technologies to decrease time-to-market and development costs, increasing customer adoption and revenues, and enjoying greater flexibility and control. For more information, please visit http://www.appcelerator.com.