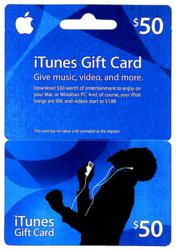 According to the St. Louis-based law firm of Onder, Shelton, O’Leary & Peterson,LLC the lawsuit claimed that Apple advertised and sold gift cards which stated that if one purchased and used the gift card, all songs purchased at Apple’s online iTunes® Store would cost 99¢ per song. The lawsuit further claimed that in April, 2009, Apple raised the price of certain songs at the iTunes® store, yet refused to honor the promised 99¢ price when the gift cards were redeemed. In addition, the company continued to sell iTunes® gift cards with the phrase, “Songs are 99¢” printed on them.

Consumers who were overcharged for iTunes songs while using iTunes® 99¢ gift cards are now eligible to receive an iTunes® Store credit in the amount of $3.25 after completing the simple iTunes® class action lawsuit online claim form. Millions of e-mails are currently being sent to persons who may have used affected gift cards to purchase songs from the iTunes® Store.

Apple, Inc denied all allegations in the lawsuit and has asserted many defenses. The settlement is not an admission of wrongdoing or any indication that any law was violated. Nevertheless, for eligible claimants, Apple has agreed to provide an iTunes® Store credit in the amount of $3.25 to all settlement class members who qualify and submit a valid claim form.

Originally filed by Gabriel Johnson, the lawsuit now represents a significant class of claimants. In order to qualify as a claimant, individuals must have used an iTunes® 99¢ gift card to purchase one or more songs for $1.29 on or before May 10, 2010. The gift card must have advertised iTunes® songs at a cost of $0.99 each. It is not necessary to still have the gift card or proof of purchase in order to make a claim. Although only U.S. citizens are eligible to make a claim, there is no minimum age required to request the iTunes® credit. Because the lawsuit involved gift cards, it is believed that many if not most of the customers who received a diminished value of their gift cards were children, teenagers and college students. Valid claims will be awarded an iTunes store credit of $3.25, which may be used toward any purchase from the online store. Claims may be made at http://www.johnsonitunessettlement.com/.