The U.S. Army Corps of Engineers today released a research report on the operation of the electric dispersal barrier system in the Chicago Sanitary and Ship Canal (CSSC). The electric barrier system is a key measure preventing the migration of two species of Asian carp, Silver and Bighead. The Corps commissioned the report as part of its ongoing research to refine the optimum operating parameters for the barriers. 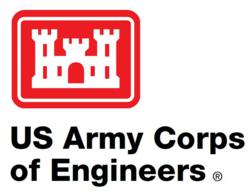 This latest research report is one component of a much larger interim report, representing the array of information that must be taken into consideration before addressing any changes to the operation of the barrier system.

The U.S. Army Corps of Engineers today released a research report on the operation of the electric dispersal barrier system in the Chicago Sanitary and Ship Canal (CSSC). The electric barrier system is a key measure preventing the migration of two species of Asian carp, Silver and Bighead. The Corps commissioned the report as part of its ongoing research to refine the optimum operating parameters for the barriers.

All information available to the Corps indicates that the barrier system is working as designed. The Corps has undertaken numerous studies to determine and refine the optimal operating parameters of the electric barriers to ensure it is effective at containing Asian carp. The research report released today was conducted through a collaborative effort between the Corps' Engineer Research & Development Center (ERDC) and the Corps' barrier contractor, Smith-Root, Inc.

This Operational Protocols Report discusses the results of five laboratory research efforts related to the impact of the fish barrier and various other conditions likely to be encountered in the CSSC, which could affect the behavior of small Asian carp, applying conservative hypothetical “worst case” scenarios. Specifically, the research included experiments on electrical parameters, water conductivity, volitional challenge of electric fields, and water velocity. These studies were conducted in a controlled environment in ERDC’s laboratories.

Research summarized in the Operational Protocols Report indicates the current barrier operating parameters are effective for fish as small as 5.4 inches in length. The research published in this report suggests that slightly higher operating parameters than those currently in use may be necessary to immobilize all very small Asian carp, as small as 1.7 to 3.2 inches in length.

The research also indicates that very small Asian carp may repeatedly challenge the electrical barriers at the current operating parameters, high levels of water conductivity could affect the operating parameters, and the swimming ability of small Asian carp is impeded by a combination of the electrical field and water velocity. Because the research was conducted under the physical constraints and limitations of a laboratory setting, further field research near the fish barrier system is needed in order to validate the results. Some of that research is already underway.

The entire report is available at http://www.lrc.usace.army.mil.

Based on current knowledge and expert analysis by the U.S. Fish and Wildlife Service (USFWS), very small Asian carp are not in range of the electric barriers at this time. Additional systematic surveys by the USFWS and other cooperating partners are ongoing and planned to monitor for the presence of very small Asian carp.

According to the USFWS, the absence of an established adult population in the lock pools nearest the fish barriers, and the unsuitable habitat near the barrier, indicate it is highly unlikely that very small Asian carp are present in either of these pools. The closest potentially spawning population of Asian carp, which is necessary to produce the very small fish of the size tested in this research, is estimated to be approximately 25 miles and three locks downstream of the electric barriers in the Marseilles Pool.

Additionally, the U.S. Geological Survey has documented that the distance juvenile Asian carp would have to swim to reach the barrier would exceed their ability to travel in their first year of life.

The Illinois Department of Natural Resources is leading an ongoing effort to conduct intensive electro-fishing and netting both above and below the electric barriers to monitor the areas for Asian carp presence, one of several monitoring measures under the Obama Administration’s Asian Carp Control Strategy Framework. The Illinois Natural History Survey is also monitoring small carp below the barrier.

This research report demonstrates the Corps of Engineers’ continued progress in understanding the specific impacts of the fish barrier system against Asian carp. “This report confirms our confidence that the barriers are effective against all sizes of fish currently believed to be in the vicinity of the fish barrier system. We will continue to assess and validate this information, and are prepared to make changes to the operating parameters as evidence warrants, and considering the requirements to operate the barrier system safely and reliably,” said Major General John Peabody, Commander of the Great Lakes and Ohio River Division.

It is undesirable to operate the barriers at higher operating parameters than necessary because of increased safety risks and the need to operate the barriers reliably at increased power levels. As part of the broader Interim II Efficacy Study, expected to be completed by this summer, the Corps will evaluate the results of this report along with other relevant factors, most notably field validation of this research near the fish barriers, all safety impacts from operating the barrier system, and information on the location of 2 to 3 inch Asian carp.

In February 2011, safety tests on Barriers IIA and IIB were conducted at the higher parameters suggested by the lab research. The Corps is finalizing a report on the safety tests done at the higher operating parameters indicated by this research. The Corps and the U.S. Coast Guard will coordinate closely to determine how the results of this testing might affect current risk mitigation strategies, but more safety testing may be required.

All prior and current field research near the barrier system indicates that the fish barrier system is effective. This research includes telemetry tests conducted by the Corps since 2003 indicating that adult sized fish do not cross Barrier I. Telemetry tests on 81 tagged fish in the CSSC since 2010 have detected 64 of those fish over 620,000 times, but none of the tagged fish has crossed any of the barriers.

“This latest research report is one component of a much larger interim report, representing the array of information that must be taken into consideration before addressing any changes to the operation of the barrier system,” said Colonel Vincent Quarles, commander of the Corps’ Chicago District. “In collaboration with our ACRCC partners, the Army Corps of Engineers remains committed to take all actions necessary to contain Asian carp below the fish barrier system.”

The threat from Asian carp has generated an urgent and committed government response. As a result, the Obama Administration formed the Asian Carp Regional Coordinating Committee (ACRCC) including the Environmental Protection Agency, US Army Corps of Engineers, US Fish and Wildlife Service, US Geological Survey, US Coast Guard, Illinois Department of Natural Resources, the Great Lakes states, the Metropolitan Water Reclamation District (MWRD) and the City of Chicago.

The ACRCC has proactively worked to contain Asian carp by utilizing the emerging technology of environmental DNA to detect the presence of Asian carp DNA, intensive netting and electro-fishing, continuous operation of the electric barrier system to prevent fish passage via the CSSC, expedited design and construction of a third electric barrier that was completed a full year ahead of schedule due to American Recovery and Reinvestment Act funding, construction of a 13-mile barrier that prevents fish bypass during flooding, and research focused on control technology and methods which can be tailored and applied to control Asian carp.

“The barrier system is part of the Obama Administration’s multi-tiered Asian carp strategy that includes physical blockades, aggressive monitoring, the development of long term biological controls, and the strong collaboration of Federal agencies and Great Lakes states,” said John Goss, Director of Asian Carp at the White House Council on Environmental Quality. “This report arms us with more information and reiterates how the united effort of the Army Corps with other Federal agencies and our state partners is ensuring comprehensive action to protect the Great Lakes from Asian carp.”