Attorney Bruce Millar of Millar & Mixon, LLC, in Atlanta supports the plan to use peer-to-peer communication to educate teenagers about the dangers of careless and reckless driving. 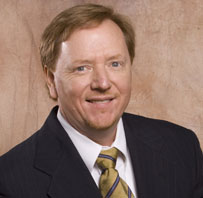 We are hopeful that the peer-to-peer communication that the Governor’s Commission on Teen Driving will engender can have a positive effect by reducing the high number of car crashes, injuries and deaths involving teen drivers in Georgia.

Atlanta car accident lawyer Bruce Millar today voiced his firm’s support for the Governor’s Commission on Teen Driving and its plan to educate teen drivers about the risks of several types of careless and reckless driving.

“We are fully behind the effort to reach out to Georgia’s teens and ask them to help officials raise awareness among young drivers about the dangers of distracted driving, texting while driving, drunk driving and similar bad driving habits,” said Millar, managing partner of the Atlanta personal injury firm of Millar & Mixon, LLC.

“We are hopeful that the peer-to-peer communication that the Governor’s Commission on Teen Driving will engender can have a positive effect by reducing the high number of car crashes, injuries and deaths involving teen drivers in Georgia,” Millar said.

The Governor's Office of Highway Safety (GOHS) is seeking 15 to 20 Georgia drivers between the ages of 15 and 19 to form the Governor’s Commission on Teen Driving, a GOHS announcement said. The panel will be charged with developing “a statewide strategy using non-traditional methods to educate teen drivers on the risks and consequences of texting and driving, distracted driving, and alcohol-impaired driving.”

In 2010, 127 fatal car wrecks involving drivers aged 15 to 20 represented approximately 10 percent of all roadway fatalities in Georgia that year, the CASI report said.

“We’ve seen from news reports, a variety of studies and our own car accident investigations that in most cases some kind of carelessness or recklessness, like speeding, following too closely, drunk driving, fatigued driving, texting or some other distracted driving caused a car wreck involving a teen driver,” Millar said.

The Atlanta car accident attorneys of the Millar & Mixon law firm assist individuals across Georgia who have been injured or have lost family members in car crashes caused by the negligence or recklessness of another driver.

If an auto accident was another driver’s fault, those who were harmed have a right to seek compensation for medical bills, damage to their vehicle, lost income and pain and suffering, he said.

“At Millar & Mixon, we support safe driving and efforts like the Governor’s Commission on Teen Driving to increase safety on our roads,” Millar said. “Meanwhile, we will continue to stand up for the rights of those who are harmed by drivers of any age who ignore safe driving practices.”