The month of April is designated as National Autism Awareness Month and is intended as a time of learning for individuals with autism, their families, and the professionals who care for them. Professional Development Resources, a nationally accredited provider of continuing education (CE) for psychologists, social workers, counselors, marriage and family therapists, speech-language pathologists, and occupational therapists, features specialized continuing education courses that offer diagnostic and treatment information on the various facets of Autism. 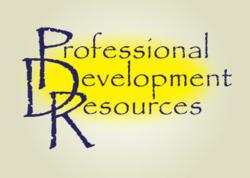 “These disorders are extremely distressing to the parents of children who show symptoms, especially those who appeared to be developing normally,” says Leo Christie, PhD, CEO of Professional Development Resources.

Professional Development Resources is a national provider of continuing education (CE) courses, offering training to the professionals who work together in interdisciplinary teams caring for children with Autism Spectrum Disorders (ASD) and their families. This challenging spectrum of disorders requires early and aggressive intervention in the areas of behavior, communication, social skills, parenting, and educational management.

Autism Spectrum Disorders - according to the Centers for Disease Control and Prevention (CDC) - are a group of developmental disabilities characterized by atypical development in socialization, communication, and behavior. The symptoms of ASDs typically are present before age 3 years and often are accompanied by abnormalities in cognitive functioning, learning, attention, and sensory processing. The term "spectrum disorders" is used to indicate that ASDs encompass a range of behaviorally defined conditions, which are diagnosed through clinical observation of development. These conditions include autistic disorder (i.e., autism), Asperger disorder, and pervasive developmental disorder--not otherwise specified (PDD-NOS). Persons with Asperger disorder or PDD-NOS have fewer diagnostic symptoms of ASDs compared with autism, and the symptoms often are indicative of more mild impairment.

According to the CDC, ASDs are reported to occur in all racial, ethnic, and socioeconomic groups. They are on average 4 to 5 times more likely to occur in boys than in girls. If 4 million children are born in the United States every year, approximately 36,500 children will eventually be diagnosed with an ASD. Assuming the prevalence rate has been constant over the past two decades, we can estimate that about 730,000 Americans between the ages of 0 and 21 have an ASD.

The Autism Society offers the following facts and statistics about ASD:

“These disorders are extremely distressing to the parents of children who show symptoms, especially those who appeared to be developing normally,” says Leo Christie, PhD, CEO of Professional Development Resources. “Adding to their stress is the bewildering array of questionable information that is everywhere on the Internet and in other popular media. Parents truly do not know what to do. ASDs are treatable, but there are many unproven treatments that have not been tested by scientific methods to prove their effectiveness. Our commitment is to educate professionals in evidence-based practice, that is, the use of those treatments that have been subjected to rigorous scientific study.”

In honor of National Autism Awareness Month, Professional Development Resources is offering special discounts on all of its autism courses during the month of April. It has also pledged to donate a portion of the proceeds from every autism course purchased to the Autism Society of America. The company offers an online catalog of over 200 accredited healthcare and mental health CE courses. Within this catalog, seven courses relate to various aspects of ASD. They address the complexities of accurately diagnosing ASD and the many challenges of instituting successful intervention strategies, including parent education and involvement.

Professional Development Resources is a Florida nonprofit educational corporation founded in 1992 by licensed marriage and family therapist Leo Christie, PhD. The company, which is accredited by the American Psychological Association (APA), the Association of Social Work Boards (ASWB), the National Board for Certified Counselors (NBCC), the American Speech-Language-Hearing Association (ASHA), the American Occupational Therapy Association (AOTA) – as well as many other national and state boards – has focused its efforts on making online continuing education courses more efficient and widely accessible to health professionals by offering online home study coursework. Its current expanded curriculum includes a wide variety of clinical topics intended to equip health professionals to offer state-of-the art services to their clients.