Atlanta Remodeler Answers the Question: How is the New EPA Lead Rule Going to Effect Homeowners Kitchen and Bath Remodeling?

The deadline for the EPA's new Lead Rule took effect on April 22, 2010. Most homeowners have no idea what this will mean to them. Robert Warren of Detail Design & Remodeling discusses some of the ramifications to homeowners. Particularly when they are wanting to do kitchen remodeling or bathroom remodeling. 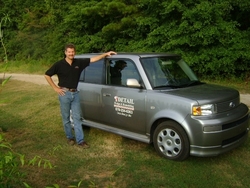 Today Robert Warren of Detail Design & Remodeling answers the questions homeowners are asking. How does this new EPA lead rule affect me? And how does it affect my kitchen remodel or bathroom remodel?

The new rule excludes renovations performed by homeowners in their own homes. After going through the training Robert realized how dangerous a situation it is when you disturb lead based paint. If a homeowner decides to do a kitchen remodel or bathroom remodel on a home built prior to 1978 they could be risking the lives of the ones they love most. The biggest problem is dust! That is what most of the training is for, to prevent the lead based paint from becoming airborne dust. "I would recommend anyone who lives in a home built prior to 1978 to have the area they are about to renovate checked for the presence of lead."

"If the area checks positive for lead I would seriously consider letting a certified contractor do the work." Are you willing to live with the fact that you made your family sick because you weren't trained in working with lead infected construction areas? When remodeling a kitchen or remodeling a bathroom that is infected with lead paint it is required to close off the area from the rest of the house. This is to contain any dust that might be loosed into the air while working on the space. If you go out of the space to get a tool or some material you have to take off your suit and other protective gear as you leave and then put it back on when you return. It can be very cumbersome.

What about the homeowner that decides he wants to do the work himself. Let's say the house has lead but he never tests for it. What happens if one of his children invites a friend over to spend the night? While the friend is there the homeowner is working on his project. After his son's friend goes home he starts to feel sick. They test his blood and find lead poisoning in his system. Do you think the little boys parents are going to be comforted by the fact that the EPA rule didn't apply to the homeowner? More than likely the homeowner will be sued for endangering the life of a child.

The bottom line is if it was built before 1978 check for lead. If lead is present have it renovated professionally by a firm with a RRP certification.

kitchen remodelThis was a 1970's ranch we upgraded the kitchen on