Bible In My Language Anticipates Release of The Bible, Encourages Public to Reconnect with Scripture

Bible In My Language is looking forward to the release of a docudrama called The Bible, which it believes will provide the general public with a new way to connect with biblical stories. 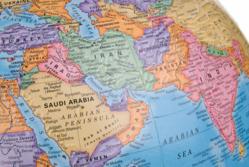 Sharing the gospel is a very important responsibility that all Christians share...

The Bible is known as one of the most widely read texts of all time; however, there are countless individuals who are unfamiliar with the stories that the text contains. Even those Christians who have read the Bible often benefit from seeing its message presented in a new form. These are two of several reasons why television producer Mark Burnett has decided to create a five-part docudrama that brings the most cherished stories from the scriptures into the homes of viewers. Bible In My Language, a company that procures and distributes biblical texts in hundreds of hard to find tongues, is excited to see renewed interest in these stories and believes that the presentation of The Bible will create heightened awareness of the messages that they share.

According to USA Today, the docudrama is 10 hours in length and will be presented in five different parts. The first segment of the series is slated to premiere on March 3, 2013. Presented by the History Channel, the series will depict some of the most famous and beloved stories from both the Old and New Testaments. These include Noah's Ark, the Exodus, the crucifixion of Jesus, Christ's resurrection, and the story of Daniel in the lions' den. While there was no way to film the Bible in its entirety, and edits had to be made to these stories in an effort to portray them optimally on television, the narrative created by the series is said to weave emotionally connected segments that, it is hoped, will spark renewed interest in the holy text.

Burnett explains the motivation behind the project: "In the end, what we've done is a meta-narrative, a grand narrative of emotionally connected stories. We know we're not qualified to teach the Bible. We're qualified to be good television producers and storytellers. By telling these emotionally connected, big stories, hopefully millions of people will reopen their Bibles."

This is also the hope of Bible In My Language, which supports the project and looks forward to its ability to spread the word of God to new populations. Pastor Chuck Heidenreich believes that, when used properly, television is a wonderful way to connect people and ideas. Through its presentation, he is certain that The Bible will do just that.

"Sharing the gospel is a very important responsibility that all Christians share," Heidenreich comments. "I am elated to see that Mark Burnett and the rest of his team are taking this responsibility seriously and that they are dedicating their talents and resources to spreading the word of God. I have great hope that The Bible will inspire Christians to go out and act as missionaries on behalf of Christ and that it will encourage others to open the sacred text, even if it is for the first time, and read the stories that have encouraged faith in billions of people."

Burnett is not the only highly regarded professional putting his time and energy into this project. His wife Roma Downy, former star of Touched By an Angel, is both playing Mother Mary and acting as an executive producer. Additionally, Emmy Award winning Keith David is narrating the series while Hans Zimmer, who has been recognized by both Oscar and Grammy awards for his talent, is composing the musical score. By having such accomplished professionals working on the show, and presenting it on the History Channel instead of more traditional outlets for Christian-based productions, the show may gain a wider audience and, ultimately, inspire a wider range of people to take another look at the scriptures.

The professionals at Bible In My Language encourage individuals to tune in for the premiere of The Bible on March 3. The organization wishes the production company well in finalizing and presenting the project.

The owners of Bible In My Language are former missionaries and pastors. Bible In My Language is based in Baltimore, Maryland. Through their network of international contacts they now procure and distribute scriptures in 325 different languages, most of which are difficult to find in average bookstores and at religious retailers. Founded in 2000, the company focuses on providing Bibles in languages that are uncommon, such as African, Arabic, Aboriginal, and Indian dialects. While the organization has chosen not to concentrate on English and Spanish texts, it does offer scriptures in other common languages, including French, Hebrew, Hungarian, Norwegian, and German. The goal of the company is to allow God's children to read His word in their native language, which is much more meaningful for many of the fold.