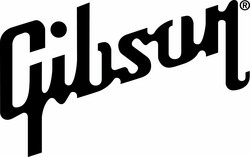 sweet, but slightly rude, with great sustain and a bright top end that make harmonics jump out of the guitar.

Gibson Custom announced a guitar fit for every sharp dressed man, the Billy Gibbons Pearly Gates Limited Edition Les Paul Standard. And now you can own it. Billy Gibbons' favorite axe has always been his beloved Pearly Gates - a rare 1959 Gibson Les Paul Standard with legendary angelic qualities. It has appeared on every track of every ZZ Top album to date, and sings with a "God-like voice" unlike any other guitar. And now, the master craftsmen at Gibson Custom have recreated it in excruciating detail - right down to the last scratch and ding. Gibbons' legendary Pearly Gates - a rare 1959 Gibson Les Paul Standard - is like no other guitar in the world. The Gibson Custom Shop and Billy Gibbons himself took painstaking steps to make sure the replica of this sacred instrument is true to its every form. There are three different models, all in very limited quantities.

Gibbons was a young musician weaned on blues and rock in Texas. After years of listening to such greats as Eric Clapton, Gibbons began his search for his first Les Paul guitar. His search included a '58 Flying V but the guitar that he was destined to find and nickname "Pearly Gates" was a '59 Les Paul. It didn't come to Gibbons right away but through a girlfriend, a thirties model Packard automobile and part in a movie. Gibbons notes that in the early days of the band they acquired a Packard automobile. It was a huge vehicle that caused a stir on the road. Not long after they acquired the vehicle one of their girlfriends needed a way to get to California to try out for a movie part. The band gave her the Packard to get there and the girlfriend got the part. Thinking the car had special powers, they named it "Pearly Gates." Later the girlfriend sold the car to a collector and sent the money to the band. The money arrived the same day Gibbons got an offer to buy an old guitar, a '59 Sunburst Les Paul, he bought it. After calling the girlfriend to discuss the circumstances both agreed that the money went for a good cause and since it came from the Packard they decided to keep the name "Pearly Gates" for the guitar and the rest is history. Billy continues to make divine music to this day on the legendary instrument. The '59 Gibson Les Paul is one of the most desirable guitars today.

The Billy Gibbons 'Pearly Gates' Les Paul Standard will be produced in a very limited quantity of only 350 guitars - 250 will receive Gibson Custom's patented V.O.S. finish, 50 will be aged to look exactly like the original Pearly Gates, and another 50 will aged and personally signed and played by Gibbons himself.

Carefully matched Heritage Cherry Sunburst finish: Gibson Custom has matched the faded Heritage Cherry Sunburst finish almost perfectly. You'll do a double-take the first time you see it. The naturally darkened edges give way to the beautiful patterns of the maple grain. Even the original's distinct red mahogany back is intact. Granted, no two guitars could ever have exactly the same top and finish. This is as close as it gets and any guitar collector or musician will notice the unbelievable finishes.

Built like Billy's original Pearly Gates in every way: No detail was overlooked, just like you'd want it. There's all nickel hardware, gold top hat control knobs, vintage Kluson-style tulip tuners, and a lightweight aluminum string-over stopbar that lets you set up the strings just like Billy. The one-piece mahogany neck with a 1959 rounded profile also sports the same long-neck tenon found in every Les Paul Standard from Gibson's Golden Era. You also get period-correct CTS potentiometers and bumble bee capacitors.

Gibbons, long known for his iconic sound, stage presence and undeniably charged lyrics, inspected the guitars at the Gibson Custom plant recently and brought along Nashville based friend Ronnie Dunn from the country music duo Brooks and Dunn (photos attached). He then took time while in Nashville to personally sign the certificates, pose for press photos and participate in several interviews. Press photos are attached for use of media. Photo of guitar full view is at: http://www.gibson.com/press/custom/product/2009/Billy_Gibbons_Pearly_Gates/Billy-Gibbons-PearlyGates-Aged-Finish-Shot-Press.jpg . All photos available in hi-res format upon request. An mp3 file is attached. This file contains personal comments from a recent conversation with Billy Gibbons about the guitar. Press are permitted to use the quotes and sound bites.

Billy Gibbons shows his signature on the back of the new Pearly Gates Gibson Custom modelphoto credit: Gene Kirkland