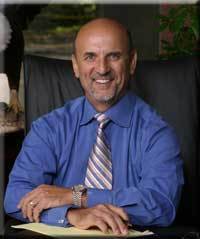 The Best of Los Angeles Law

John was also recently featured in Newsweek's "The Best of Los Angeles Law," as part of a larger Newsweek interview issue dedicated to "people who matter most," according to the magazine, with in-depth Q&A from movers and shakers such as Hillary Clinton, Henry Kissinger, Bill Clinton, Jeff Bezos of Amazon.com, movie directors James Cameron and Peter Jackson and popular talk show hosts Bill Maher and Joe Scarborough.

Today, John is a top Orange County attorney handling the business affairs, marketing, and client care programs for BISNAR | CHASE. He acts as the firm's chief negotiator, manages the day-to-day client contact and is responsible for the running of the business of the law firm. He also leads client care and negotiation training programs for his staff while sharing his skills with other attorneys as a frequent industry lecturer and guest speaker.

John has a long-standing reputation for providing compassionate, clear advice and getting outstanding results for victims of car accidents, defective products and general negligence. To date, he has represented 6,124 clients with a 97.8% success record. Having recovered hundreds of millions of dollars for injured accident victims and the families of deceased accident victims, John is a passionate advocate of consumer rights and has been praised for his tenacity in standing up to large corporations, auto makers and governmental entities on behalf of his clients.

In 2009, Avvo.com, an online attorney rating service, gave John a "perfect 10" score and "superb" rating based on his background, years of experience as a personal injury lawyer, successful track record, impeccable reputation with clients and peers, and professional accomplishments.

John's book, "The Seven Fatal Mistakes That Can Wreck Your California Personal Injury Claim," is an authoritative guide for anyone who has suffered a personal injury in California. It is a comprehensive handbook that spells out the important steps one needs to take immediately after suffering a personal injury, the pitfalls to avoid and the best way to get fair compensation.

Visit their blog at http://www.CaliforniaInjuryBlog.com.