A Film to Help Black Boys and Young Black Men

Filmmakers decide to giveaway FREE 86 minute documentary, to help young Black men, who according to statistics, 1 in 3 black male children born in the U.S.A. this decade will spend some time in prison. 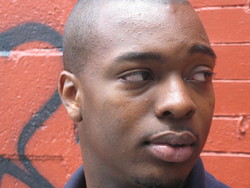 We want every young African American person, parent, teacher, facilitator and counselor, particularly those who are in high risk areas to see it. We want to put this film in everyone's hand. If it doesn't cost anything, there's no excuse not to show this to all of the young people in your life.

Toward the end of his life, tennis legend and activist Arthur Ashe sat down and wrote a letter to his young daughter to be read and re-read for inspiration and comforted as she got older and he wasn't around. The letter was, and is, a timeless "literary broadcast" of life lessons and love for a soon to be fatherless child. The genesis of the documentary For Our Sons is in that same vein. It is a "cinematic broadcast" of life lessons and love for the many fatherless black boys in the US who are in danger of becoming a statistic.

The innovative 86-minute film consists of 19 powerful and important interviews with 19 powerful and "important" Black men from different walks of life, men who have "been through the fire" of growing up Black and male in the oftentimes hostile environment of the inner city but through strength and perseverance built for themselves their own versions of the American dream. The film employs insightful interviews, contemporary images and archival footage, the biographical life lessons of men to create a moving and engaging narrative of what it means to go from Black boyhood to black manhood in America today.

Hip hop vernacular often describes life as a young black man in America as warlike. For Our Sons is an illustration of a powerful distillation of life lessons from the POV of the veterans of this social war who have been there. For Our Sons is a cinematic helping hand for the Black sons about to enter the war zone from the veteran Black sons who have been there and triumphed over society's ills on these battlefields of poverty and crime.

Over the past 18 months, the film has been seen by thousands in NY, NJ, ATL, DC, CA, CHI, Bermuda and Africa. From Middle Schools, High Schools and Universities, to Churches, Mosques, Group Homes, Civic Organizations and various Child Welfare Organizations. The response from every urban audience has been, "Where can I get this to show to my students, my teachers, my parents, my children?"

The documentary, For Our Sons is now available, free of charge at: http://www.foroursons.com or http://www.4oursons.com

"The film has been received with high praise every where it's been screened, I believe for its honesty and the men in the film," says Eric K. McKay, the co-director and co-producer of the film. "We want every young African American person, parent, teacher, facilitator and counselor, particularly those who are in high risk areas to see it. We want to put this film in everyone's hand. If it doesn't cost anything, there's no excuse not to show this to all of the young people in your life." He went on to say, "Our young men are going to prison and the cemetery everyday because they lack basic information. It's our obligation to show them they have options and to inspire them to do great things."

For a free copy of For Our Sons, go to: foroursons.com

For Our Sons was directed and produced by Vanz Chapman & Eric K. McKay. It was edited by Christopher Scott.