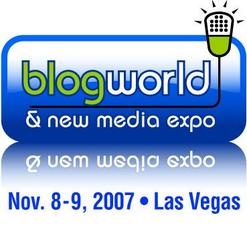 The {Kite Runner} story is populated by characters who live in a distant and, to many in the west, enigmatic country. It is often dark and brutal

"The story is populated by characters who live in a distant and, to many in the west, enigmatic country. It is often dark and brutal," writes author Khaled Hosseini at the movie's blog. "This book has connected now with millions of people around the world. To me, that is a testament to the power of the word-of-mouth phenomenon."

This highly anticipated film is not scheduled for release until December 14, but blogging conference-goers don't have to wait! The Kite Runner preview will begin at 9:00 p.m. (PT) at the United Artist Showcase 8 Theatre in Las Vegas. Register now to be part of this exclusive event!

About The Kite Runner
Release: December 14 (wide)
Rating:    PG-13
Running Time: 127 minutes
Synopsis: Based on one of the most acclaimed novels in recent memory, The Kite Runner is a profoundly emotional tale of friendship, family, devastating mistakes and redeeming love. In a divided country on the verge of war, two childhood friends, Amir and Hassan, are about to be torn apart forever. It's a glorious afternoon in Kabul and the skies are bursting with the exhilarating joy of a kite-fighting tournament. But in the aftermath of the day's victory, one boy's fearful act of betrayal will mark their lives forever and set in motion an epic quest for redemption. Now, after 20 years of living in America, Amir returns to a perilous Afghanistan under the Taliban's iron-fisted rule to face the secrets that sill haunt him and take one last daring chance to set things right.