Lawsuit alleges that BMW systematically concealed information from the public and the National Highway Traffic Safety Administration (NHTSA) regarding defective fuel pumps and their risks to consumers. 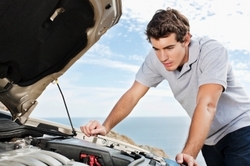 Sacramento, California based class action law firm Kershaw, Cutter & Ratinoff, LLP, recently filed a class action lawsuit on behalf of thousands of individuals who own various BMW vehicles released between the years of 2007-2010. The lawsuit, No. CV10-2257 SI filed in the Northern District of California, seeks to compel BMW to initiate a recall in order to replace all of the high pressure fuel pumps (HPFP) in the affected vehicles.

According to the complaint, in 2006, BMW announced with much fanfare the development of its new N54 twin turbo engine. BMW touted the new engine as incorporating state of the art technology that included dual turbo chargers and a newly developed fuel injection system. BMW represented to the public that this new technology would eliminate 'turbo lag,' a common problem in turbocharged vehicles, and that its new state of the art fuel injection system greatly increased the performance and fuel efficiency of its vehicles.

Plaintiffs allege that the new engines that were so highly touted by BMW in fact contain serious design flaws that render the vehicles unsafe to drive. There are essentially two design flaws at the center of the case. First, the plaintiff asserts that BMW’s new fuel injection system that supposedly incorporates a new 'state of the art' fuel pump actually malfunctions at an alarming high rate. As a result, many BMW owners have had to repeatedly replace their fuel pumps, sometimes within 1,000 miles of vehicle ownership.

Lead attorney on the case, Stuart Talley of Kershaw, Cutter & Ratinoff, noted, “When these fuel pumps fail, the car comes to a complete stop or loses substantial power. If this happens while someone is driving on a highway at high speeds, this can create a very serious safety hazard. We believe the defect is so significant that it makes these cars unsafe to drive.”

The second problem relates to the BMW turbo chargers. Specifically, the complaint alleges that owners of the affected vehicles were told that BMW’s new engine had eliminated 'turbo lag.' 'Turbo lag' is the delay between the time that driver of a vehicle presses the accelerator and the time that turbo chargers on the engine essentially 'kick in' to provide added power to the engine. However, shortly after the vehicles were released, BMW began to receive complaints from owners that they were hearing strange noises from the engine along with a delay in throttle response. BMW eventually discovered that these problems were the result of a design defect in the turbo chargers.

Plaintiffs allege, however, that rather than repair the defective turbo chargers, BMW implemented a secret 'software fix' to hide the problems from consumers. Any time a consumer brought their BMW in for repair or routine maintenance, BMW would 'upgrade' the vehicle’s software. This software tweak kept the turbo chargers from operating at full capacity, ensuring that their defects would go undetected.

Apparently owners aren't happy. A number of user generated forums, petitions and blogs have cropped up criticizing BMW for their handling of the issue. On the BMW Blog, several consumers reported their BMW's going into 'limp mode.' They also complained of excessive power loss and 'turbo lag,' the very condition BMW said it had eliminated with its 'state of the art engine.' The plaintiff’s complaint seeks to force BMW to repair the defective turbo charges and/or reimburse consumers for the diminution in value to the vehicles.

Kershaw, Cutter & Ratinoff have demonstrated their dedication to protecting the legal rights of consumers, as well as their ability to devote substantial resources through trials involving large corporations. Their product liability lawyers have represented thousands of victims of defective vehicles and dangerous products in cases throughout the United States, generating hundreds of millions of dollars in lawsuit recoveries for their clients and the classes they have represented.