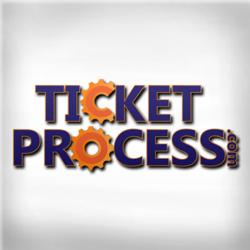 TicketProcess.com has made Stanley Cup Final tickets immediately available to the general public in the hours following the thrilling overtime finish of Game 5 of the Western Conference Finals. After the Blackhawks surprisingly and uncharacteristically gave up a goal in the final 15 seconds to a feisty Los Angeles Kings team, they were able to correct their misstep in the second overtime by scoring and advancing to the Stanley Cup Finals, where they will face the Boston Bruins. Blackhawks vs Bruins tickets are going to be very hot items the next few days, and TicketProcess.com has made the right moves to secure a large and affordable inventory.

Although the Bruins didn’t come into the NHL Playoffs as the most highly ranked team, they played a game of cat and mouse with the Eastern Conference’s best over the course of the last few weeks and are now poised to bring the Cup to a passionate and proud fan base.

The Blackhawks faithful are equally hopeful this will be their year, and now is the time for all hockey fans to seek out affordable Stanley Cup Finals tickets at TicketProcess.com. All games in this series are sure to be wars in which the combatants are willing to lay their bodies on the line at any given time for the overall good of their cause. This means that fans who are able to get their hands on 2013 Stanley Cup tickets will be entertained from the drop of the puck to the final whistle.

*Ticket Process is not associated with any of the organizations, teams, artists or venues listed. Names used in this release are for descriptive purposes only and do not imply endorsement or partnership.

About Ticket Process
Since 2010, TicketProcess secondary ticket exchange (broker & consumer) has been offering a large selection of live event inventory to some of the most exclusive sports, concert and theater events nationwide. With 7-day customer service, all backed by a 100% Guarantee, its simple design and ease of use allow anyone to purchase event tickets with confidence.