MyShindigs.com is Painting the Country Green this St. Patty’s Day

The increasingly popular event promotions and social media website MyShindigs.com along with site sponsor Oxford Beach are hosting Canada’s largest annual St. Patrick’s Day event for over 15,000 attendees in what is sure to be a St. Party’s Day. 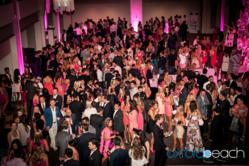 MyShindigs have a huge game changing announcement that will change the world of social media...

The cross promotional relationship between lifestyle brand Oxford Beach and social networking site MyShindigs is reaching new heights with the first joint event of 2013. The St. Patrick’s Day event known as St. Party’s Day has grown by leaps and bounds to become one of the largest events of the social calendar across the nation.

St. Party’s Day is the brainchild and creation of Oxford Beach co-founders Bill Hennessey and James Blackburn. St. Party’s Day is an all-day, authentic Irish celebration with thousands of people from all backgrounds and walks of life who come together in a true celebration of friendship, culture, live music and fun times. In what is fast becoming a much celebrated annual tradition, this year’s party has grown to the point that it will span over the entire St. Patrick’s Day weekend, March 16-17. “We are excited to see how much this event has grown and evolved. In two short years we have seen it flourish and expand into a true event and tradition. We are excited to have brands such as MyShindigs involved in Budweiser St. Party’s Day 2013.” Say Oxford Beach co-founders Bill Hennessey and James Blackburn.

In 2011, the historical St. Lawrence Market in Toronto hosted 3,000 people and the first St. Party’s Day. Following the inaugural event, event goers and members of the community came together and signed a petition for St. Party’s Day to become a statutory holiday which created a huge buzz. In 2012, MyShindigs were invited to jump on board the St. Party’s Day event which saw 8000+ patrons celebrating the fast growing, authentic Irish holiday. Now in 2013 with North America’s largest beer brand behind the holiday, not only are the event organizers expecting 15,000+ attendees in Toronto, but there will be 100 other St. Party’s Day events across Canada. “Last year Bill and James presented us with the concept and asked us to become involved for this city and now the nationwide larger than life event. Any party or event that brings people and the community together is something that we wholeheartedly support.” Say MyShindigs co-founders Jason Andrews and Matthew Tautt.

Early 2012 saw social media up and comer MyShindigs and lifestyle brand Oxford Beach officially sign a sponsor agreement which spans many notable parties and events throughout the 2013 calendar year. Having just launched in 2012, MyShindigs.com has been attracting thousands of new members who wish to promote events through the site with features like a shared calendar module, videos, articles and many more channels on the site. Some of the more notable features include the following other member’s events as they are created, inviting oneself to a publicly marked event and promote events by posting articles and videos. As events are created on MyShindigs member’s Facebook friends may also be notified through a recently launched app on the site once it has been activated.

“We have a very different never seen before, game changing announcement to share with everyone in late March. It is a new networking idea that we are confident will capture the attention of people across North America and around the world. St. Party’s Day is just the start of what we anticipate to be a most exciting and event filled year.” Add Jason Andrews and Matthew Tautt. This year is a shaping up to be a monumental year in the development for both MyShindigs and Oxford Beach; Oxford Beach with the events and lifestyle brand and MyShindigs in the world of social media.

MyShindigs is a social networking platform that specializes in allowing members to create and promote their events through invites, a shared calendar feature, videos, articles, etc. MyShindigs allows users to search out, share, follow and join each other's events of interest to expand their social calendar throughout their lives. For more information, visit http://www.myshindigs.com.

MyShindigs.com is where social calendars unite and evolve

MyShindigs.com: Where the world comes to party