Sue Burnett, President of Burnett Staffing Specialists and Choice Staffing Services, was named a Finalist in the Lifetime Achievement category in the 7th annual Stevie Awards for Women in Business. 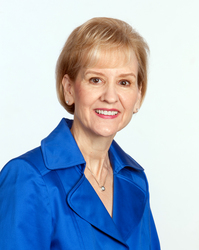 It was harder than ever to be recognized...” said Michael Gallagher, president of the Stevie Awards. "Receiving a high score from the judges this year illustrates how well many women in business are doing despite the stiff challenges they face.

Sue Burnett, President of Burnett Staffing Specialists and Choice Staffing Services, was named a Finalist in the Lifetime Achievement category in the 7th annual Stevie Awards for Women in Business.

The Stevie Awards for Women in Business honor women executives, entrepreneurs, and the companies they run – worldwide. The Stevie Awards have been hailed as the world’s premier business awards.

Nicknamed the Stevies for the Greek word “crowned,” winners will be announced during a gala event at the Marriott Marquis hotel in New York on Friday, November 12. Nominated women executives and entrepreneurs from the U.S.A and several other countries are expected to attend. The presentations will be broadcast live on radio in the U.S.A. by the Business TalkRadio Network.

More than 1,200 entries – a record for the competition - were submitted this year for consideration in 54 categories, including Best Executive, Best Entrepreneur, and Best Community Involvement Program. Sue Burnett is a Finalist in the Lifetime Achievement category.

For 40 years, Sue Burnett has improved the quality of life for hundreds of thousands of Texas residents. By providing meaningful employment opportunities, she has empowered them with self-worth and self-sufficiency.

Operating on a $10,000 business loan in 1974, Sue opened her first office in Houston with a staff of six. Today, her companies, Burnett Staffing Specialists (Austin, El Paso, Houston, and San Antonio) and Choice Staffing Services (Dallas), provide employment for over 5000 temporary workers each month and 91 full-time staff members, as well as the placement of direct hire employees. Her company is ranked as Texas’ 4th largest woman-owned business (WBENC), No. 1 Technical/Professional Blended Services Firm for nine straight years (TAPC), and No. 2 Administrative Support Direct Hire Firm (TAPC).

Untiringly active within her industry and her community, Sue serves on the boards of the Metropolitan Houston Better Business Bureau and Goodwill Industries, as well as the economic development board of the Greater Houston Partnership. She was the first recipient of the Houston Business Journal’s Philanthropy Community Champion Award and has been honored twice with NAWBO’s Community Service Award. Desiring to encourage companies to provide top benefits and nurturing work environments for their employees, Sue was the initiator and co-founder of “The Best Places to Work” awards in Austin, Dallas, Houston and San Antonio, in conjunction with the Business Journals in each city.

“Having worked for Sue Burnett for 22 years, I have watched her guide our company through all kinds of economic climates, said Eva Newsom, Burnett’s Marketing Director. Sue has amazing decision making skills. Even in these difficult times, she operates our company 'debt-free' and has projected 2010 revenues of $67 million. Her close personal contact with her staff has created a dedicated team that is the most highly tenured of any staffing service in Texas. We are all extremely proud of her.”

Finalists were chosen by business professionals worldwide during preliminary judging.

Members of the Awards' Board of Distinguished Judges & Advisors and their staffs will select Stevie Award winners from among the finalists during final judging.

“It was harder than ever to be recognized in the Stevie Awards for Women in Business this year,” said Michael Gallagher, president of the Stevie Awards. “Receiving a high score from the judges this year illustrates how well many women in business are doing despite the stiff challenges they face.”

“The four finalists for the Lifetime Achievement Award are all amazing women. In addition to Sue Burnett they include, Patti Penny, Owner & Founder of Penmac Personnel, Teresa Poggenpohl, Executive Director of Global Image at Accenture, and Sandra Lee, Executive Vice President of Plus Relocation all have inspiring success stories. Being in such company as a finalist is a great honor,” said Debbie D’Ambrosio, Burnett’s Vice President and Risk Manager, who has worked for Sue Burnett for 30 years.

Details about The Stevie Awards for Women in Business and the list of Finalists in all categories are available at http://www.stevieawards.com/women.

Sponsors of the 7th annual Stevie Awards for Women in Business (as of October 11) include the Business TalkRadio Network and KeyBank. Localization partner of the 2011 Stevie Awards is Lionbridge.