When popular pop star Katy Perry makes a music video featuring Facebook to promote a new film, it’s a fair ‘heads-up’ of how to reach today’s youthful marketplace. The video for her song “Wide Awake” uses the new Facebook “Timeline” to highlight major events and shows, YouTube videos, photos, and other aspects of the artist’s career. Melbourne Video Production creator David Jenyns says “This type of marketing is the way of the future.” 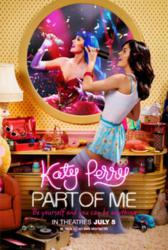 Katy Perry "Part of Me"

I’ve been saying for years that web video is the lowest hanging fruit for businesses,” Jenyns says, “and seeing it now tied in with social media of this proportion makes clear which path leads to customers.

When a famous music artist like Katy Perry uses video and social media together as a promotional tool, businesses are taking note this could be the best direction to reach their target audience.

Her song “Wide Awake” recently debuted at the Billboard Music Awards and will be featured in her upcoming 3D documentary-film “Katy Perry: Part of Me."

The music video features her song’s lyrics, career highlights, photos, and YouTube videos (all through the Facebook Timeline), while the film tells the story of how Katy Perry went from gospel singer to pop star. It's no wonder the Facebook "Timeline" is the clip's theme because it shares the movie's storyline: the timeline of her career.

“A lot goes into video production for entertainers to reach their fan base,” says David Jenyns, creator of Melbourne Video Production, “so when a pop star showcases pure social media in a video, especially a video that's set to promote a new product, it’s a signal businesses must take notice of.”

The Katy Perry clip shows at a least a dozen YouTube video posts on the Timeline, including trailers for her "Part of Me" film. Since her Facebook page has over 43 million “Likes”, her cinematic debut will hardly go unnoticed.

“This shows the importance of web video as a promotional tool, as well as a really smart way to use it” comments Jenyns, because “the Facebook Timeline integrates her videos, including her movie trailer, in such an easy manner that her fans can watch it, and share it, very quickly.”

With her staggering number of Facebook fans, Jenyns says "Katy Perry’s video production team were quite savvy knowing where and how to promote her upcoming film,” he continues, “as a matter of fact, web video and social media is exactly where all businesses should be focusing their marketing dollars.”

“I’ve been saying for years that web video is the lowest hanging fruit for businesses,” Jenyns says, “and seeing it now tied in with social media of this proportion makes clear which path leads to customers.”

Jenyns predicts, as with many other trend setting techniques, this style of web video marketing will be quickly copied.

"It's important to be at the leading edge, even if that means taking your queue from someone like Katy Perry," he continues, "remember, she's also a business. And when a business like hers shows you how to reach your target market, it may serve to pay attention.”

Previously businesses would need to spend a small fortune to get a website or online presence made and video produced, “But not anymore,” comments Jenyns, “it’s now quick, affordable and hits your target market with 100% accuracy. Any online business that doesn’t follow suit will soon be left in the dark.”

MelbourneVideoProduction.com.au is a division of MelbourneSEOServices.com, a full service search engine optimization (SEO) consultancy, based in Australia, but with a worldwide client base. Melbourne Video Production has the unique ability to combine their web video expertise with strategic SEO practices from Melbourne SEO.

More about David Jenyns at http://www.davidjenyns.com